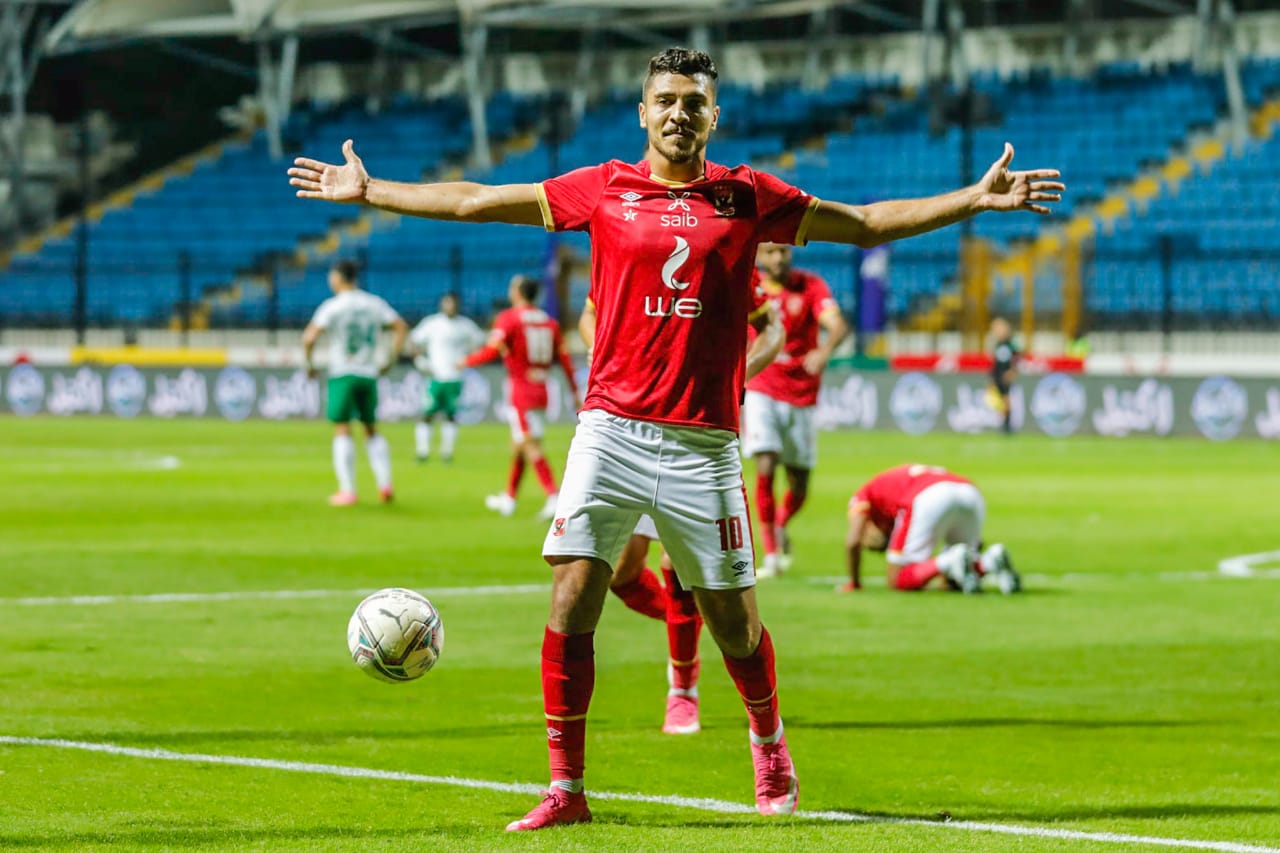 Al Ahly sealed an important victory over Al Masry SC on Tuesday in a game postponed from the 15th fixture of the Egyptian Premier League.

Mohamed Sherif, Al Ahly’s forward, pulled up an impressive performance tonight, as he scored a precious brace to gift us a crucial win in the league.

Al Ahly started the game with frontline pressure to score the early opener in the game.

In the 2nd minute, Sherif missed a dangerous scoring chance as he could not convert Mohamed Magdy Afsha’s cross into the net.

The Red Eagles kept their pressure and in the 11th minute, we managed to score the opening goal after the referee checked the VAR.

Sherif found the net early in the game to hand us a 1-0 lead after receiving a sensational long pass from Ahmed Nabil Koka.

Minutes went by and Al Masry tried to equalize, but all their attempts were kept away from our net.

Mohamed El Shenawy, our goalkeeper, was called to rescue in the 18th minute as he saved his net from a dangerous shot.

Pitso Mosimane, our head coach, started the second have with a double substitution, as Aliou Dieng and Taher Mohamed Taher joined the game instead of Ahmed Ramadan Beckham and Mahmoud Kahraba.

In the 50th minute, El Shenawy was needed again as he blocked Kamal’s shot and deflected the ball away into a corner kick.

With 37 minutes on the clock, Taher Mohamed Taher, our winger, missed a dangerous scoring chance after rifling a shot that could not find the back of Al Masry’s net.

The Red Eagles regained control over the game and upped their pressure to score the winner, but Al Masry’s defenders stood their ground and managed to keep all our attempts away.

As a result of our pressure, Sherif visited Al Masry’s net again after converting Akram Tawfik’s cross into the back of the net.

We kept our dominance over the game as Taher was about to score the third goal, but Al Masry’s keeper managed to deflect the ball away from his net.

Attacking from the flanks

Mosimane went to his bench in the 70th minute, bringing on Marwan Mohsen and Mohamed Hany for Hussien El Shahat and Mohamed Sherif to spark our attack.

We kept our pressure on Al Masry’s defense by counter-attacking from the flanks in order to add our third goal in the game.

In the 84th minute, Mosimane used his bench for the last time in the encounter as Salah Mohsen joined the field instead of Akram Tawfik.

We missed another scoring chance in the 90th minute, as Taher managed to dribble past the defender and the keeper, but he failed to put the ball into the back of the net as his shot went next to the bar.

The final minutes of the game passed by and we managed to keep our 2-1 lead, as the referee blew his final whistle to give Al Ahly three important points.

El Gouna FC on April 30 in the Egyptian Premier League.