Aside from the Training: Mosimane Holds Tactical Meeting with Al Ahly Players 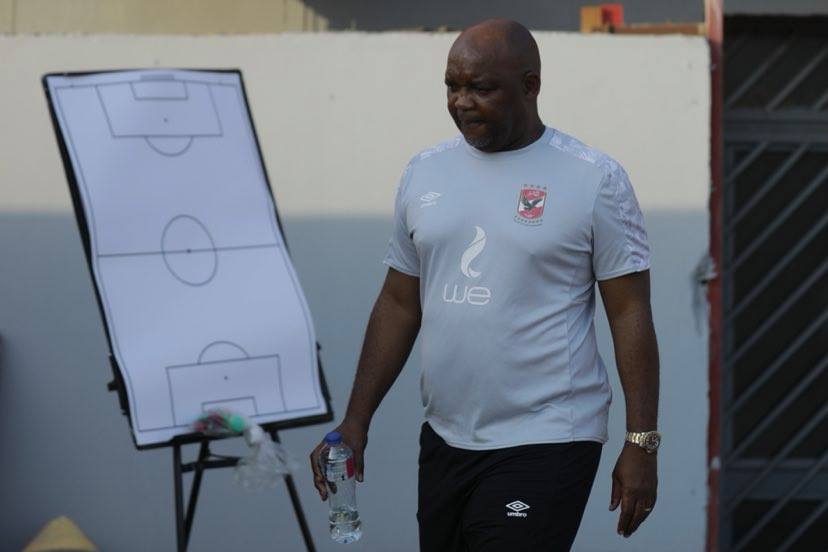 Mosimane focused on some tactical points that he wants to be implemented in the game against El Entag El Harby SC in the Egyptian Premier League.

The Red Eagles are currently preparing to face El Entag El Harby SC in Matchday 24 of the Egyptian Premier League on Sunday at Al Ahly WE Al Salam Stadium.