Mosimane: We Played a Very Good Game against Enppi 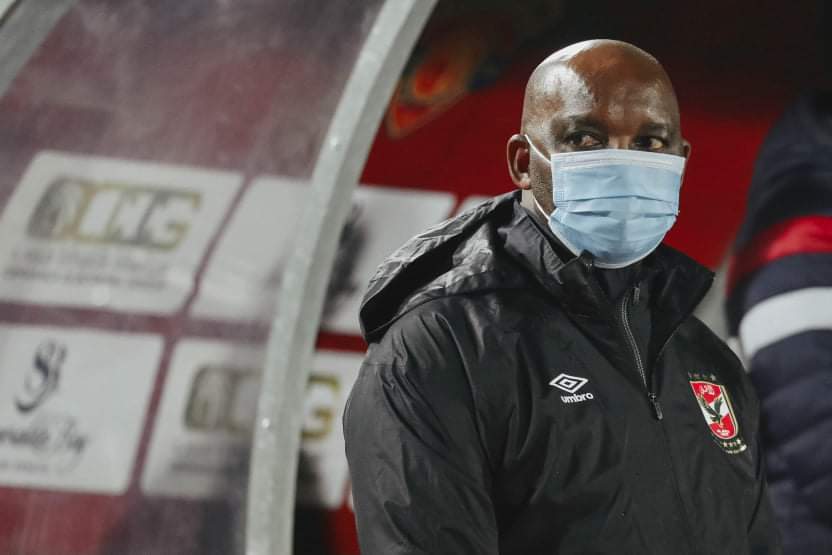 Pitso Mosimane, Al Ahly head coach, featured in the post-match press conference following our 3-1 victory over Enppi SC in a postponed game from the thirteenth fixture of the Egyptian Premier League.

“We played a very good game against Enppi and we managed to dominate the game since its beginning.”

“We have an overwhelming schedule, so we made several substitutions today to prevent our players from being injured. However, for Walid Soliman joined the game as he was a tactical substitution.”

“We were determined to win today’s game as we were keen to convert all the chances we had, unlike what happened in Smouha SC’s game.”

“This is football as sometimes you need to be defeated in order to correct your mistakes. We learned from our mistakes and scored two goals at the beginning of the game. I am so proud of my team.”

“Our scoring chances today were difficult, but the players managed to convert them into goals, unlike what happened in Smouha SC’s game.”

“I spoke with Hussien El Shahat before the game to support and encourage him. He showed what he is capable of in today’s encounter and he managed to score a goal and to provide an assist.”