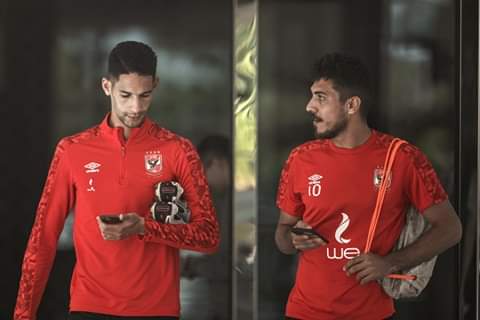 Al Ahly’s football first team will leave the team’s residency in Tanzania at 1:30 PM in order to head to Benjamin Mkapa Stadium, where they will be facing Tanzania’s Simba SC.

Our first team will head to the stadium following the end of the tactical meeting of Al Ahly’s manager, Pitso Mosimane.

During his tactical meeting with the players, Mosimane will explain the team’s tactical approach in the game and will announce the team’s starting line-up for the match.

The Red Eagles will face Simba SC at Benjamin Mkapa Stadium in the second fixture of the CAF Champions League group stage at 3:00 PM on Tuesday.

On a similar note, Al Ahly managed to achieve a precious 3-0 victory over Sudan’s Al Merrikh SC in our opening game in the tournament.