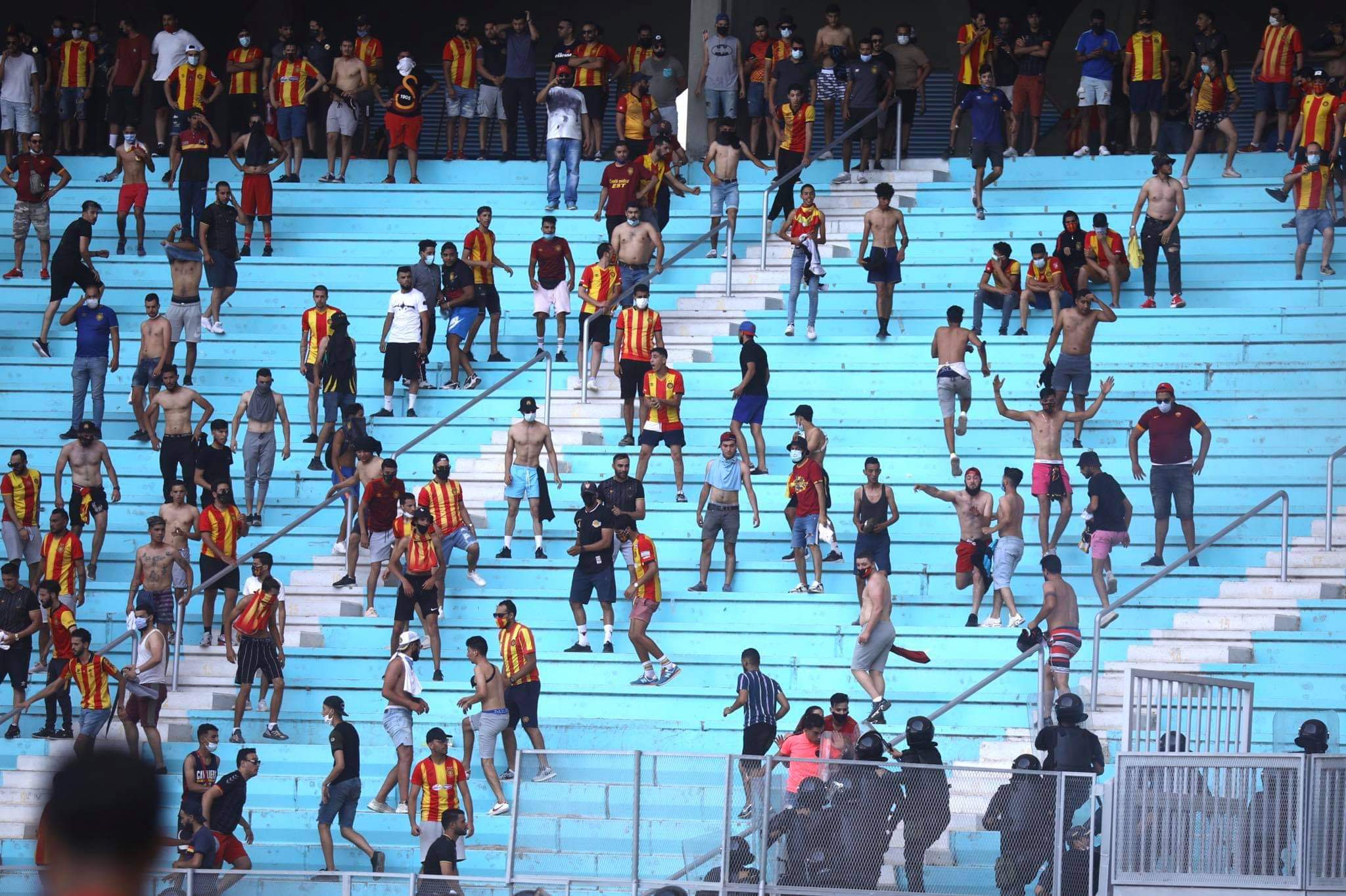 Esperance players and the team’s coaching staff left the pitch of Hammadi Agrabi Stadium due to the clashes which took place between Esperance fans and the police.

Al Ahly players have also left the pitch during the warm-up as they were not able to breathe after the Tunisian Police fired gas bombs, as a result of the clashes between the police and Esperance fans.

The Red Eagles were supposed to face Esperance today at 6:00 PM in the first leg of the CAF Champions League semi-finals.