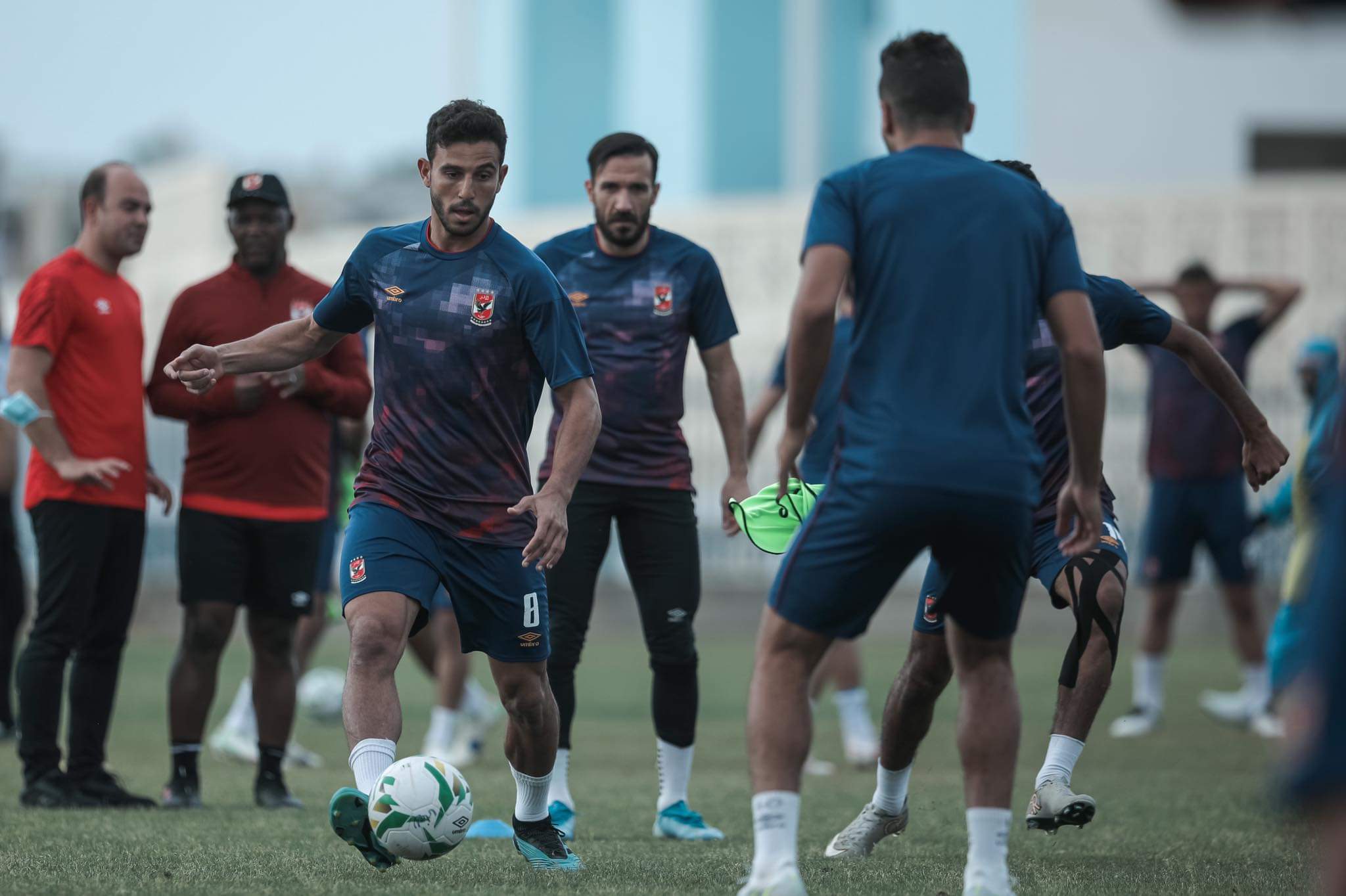 Al Ahly’s football first team concluded their second training session in Tunisia with an intense training match, ahead of Saturday’s encounter against Esperance.

On a similar note,  Mosimane held a tactical meeting with his players before the start of Thursday’s training session during which he stressed several tactical points related to Saturday’s game.

The Red Eagles are set to face Esperance on Saturday at 6:00 PM at Hammadi Agrebi Olympic Stadium in Rades in the first leg of the CAF Champions League semi-finals.