Mosimane: We Can Deal with the Absence of Several Significant Players 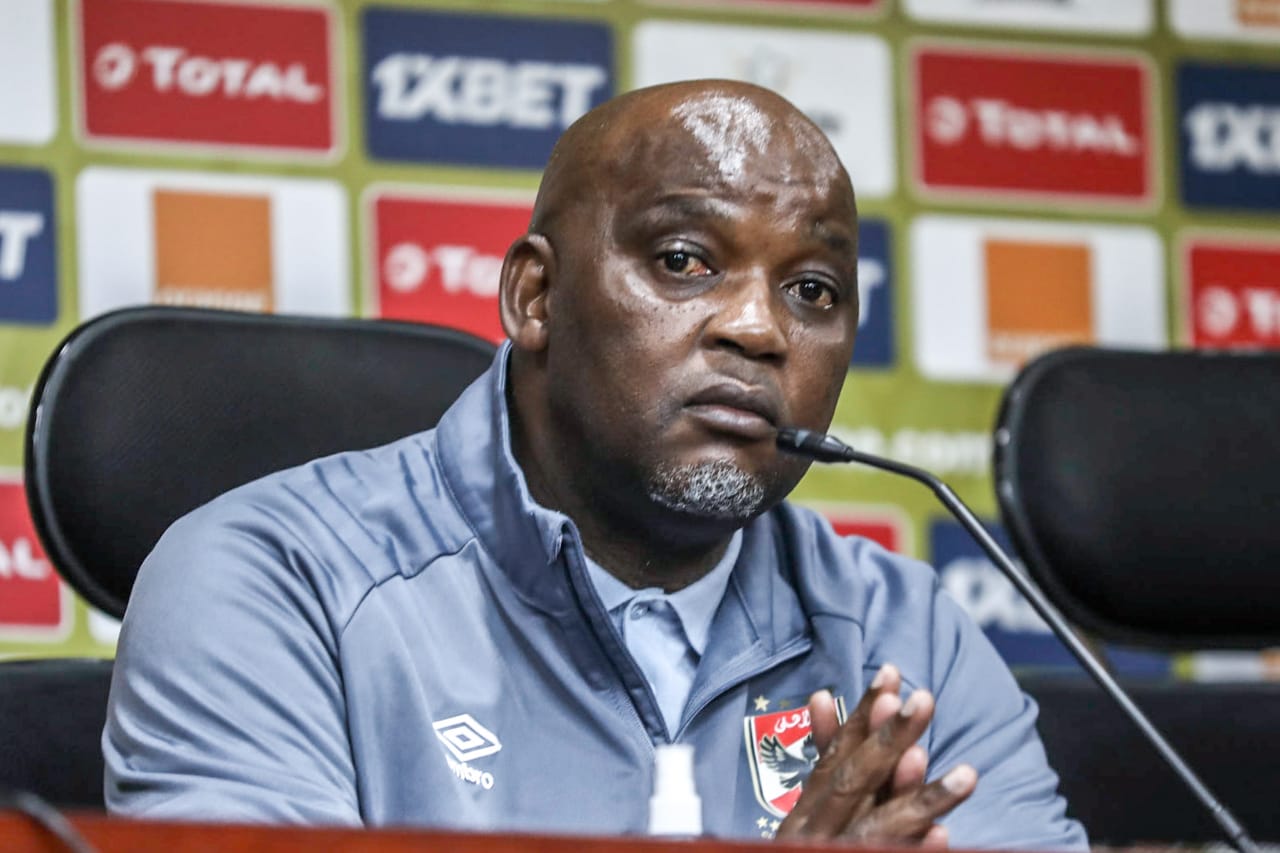 Al Ahly's head coach Pitso Mosimane stated that our team will play an important game on Saturday against Congo's AS Vita Club in Matchday 3 of the CAF Champions League group stage.

In the pre-match press conference, Mosimane stated that he expects a tough match against a strong team.

"We need to win the match to take a step towards the quarter-finals. It will be a difficult match against a strong team but we will fight to win."

"We will be playing at home and we aim to bounce back after losing the last match to Simba SC."

"We are capable of overcoming our absences. We faced Al Merrikh SC in the first game in the group without many of our key players and we managed to win the match."

"We played many matches without having 11 players from our squad as seven players tested positive for COVID-19 and the other four players were injured."

"It is normal to have injuries because of the busy schedule but we can deal with that situation. We are working on preparing all the players to be ready when called upon."

"All Al Ahly players are important and I trust their abilities to win the match."