Sherif Highlights the Importance of Victory over AS Vita Club 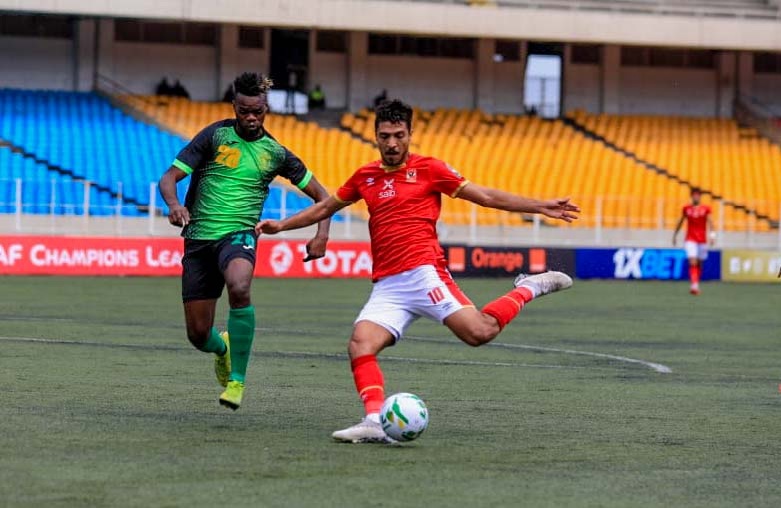 Al Ahly striker Mohamed Sherif expressed his happiness following the team’s 3-0 over AS Vita Club on Tuesday in Matchday 4 of the CAF Champions League final in Kinshasa.

Sherif had a vital role in the game as he opened the score after six minutes from the start and put on heroic performance in the first half before being forced to leave the pitch at half time due to a minor injury.

During an interview with Sherif, the forward discussed his role in the game and the coaching staff’s instructions to the players that led the team to the victory.

“It is an important victory in difficult circumstances but we still have a long road to walk towards defending our CAF Champions League title.”

“We implemented coach Pitso Mosimane’s instructions, which led us to the victory. Also, we managed to score three goals from the chances that we had, unlike our first match against AS Vita Club in Cairo which ended in a draw.”

“For me, achieving the victory and getting the three points to overcome such a difficult situation is more important than scoring.”

“Sharing the frontline with Marwan Mohsen gave me the freedom to move in the spaces of Vita Club’s defense. We also exchanged our roles during the game which helped us find cracks in their defense which led us to score goals.”

“I asked the coaching staff to continue after my injury but coach Mosimane spoke with the medical staff and decided to replace me to avoid worsening the injury.”