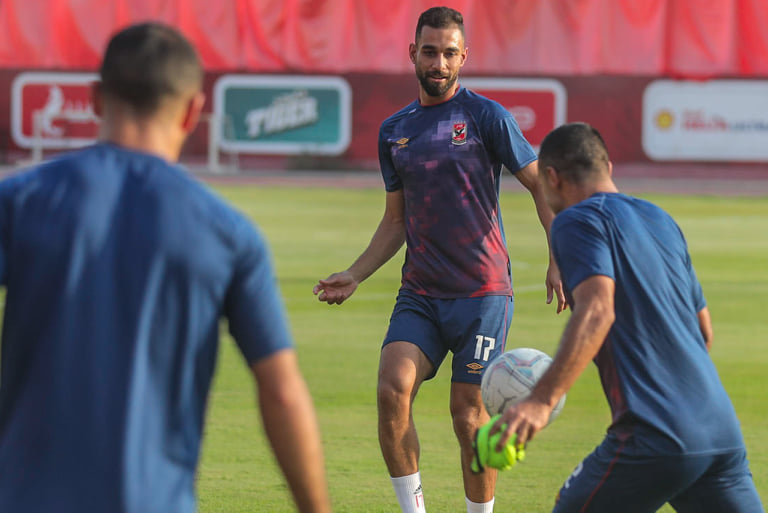 Al Ahly players returned back to training on Monday at El Tetsh Stadium, after having a three-day rest following our 3-1 victory over Aswan SC on Thursday in the Egyptian Premier League.

Pitso Mosimane, Al Ahly’s head coach, started today’s training session with a meeting with his players, during which he highlighted the importance of the upcoming games.

Our players then performed several fitness exercises, before participating in two strong training games, during which Mosimane give them several tactical instructions which he wants to be implemented during Wednesday’s game.

The aforementioned players will be back to training on a date which will be decided by Mosimane and Sayed Abdelhafiz, our director of football.