Monday’s Training Session: We Are Back in Action 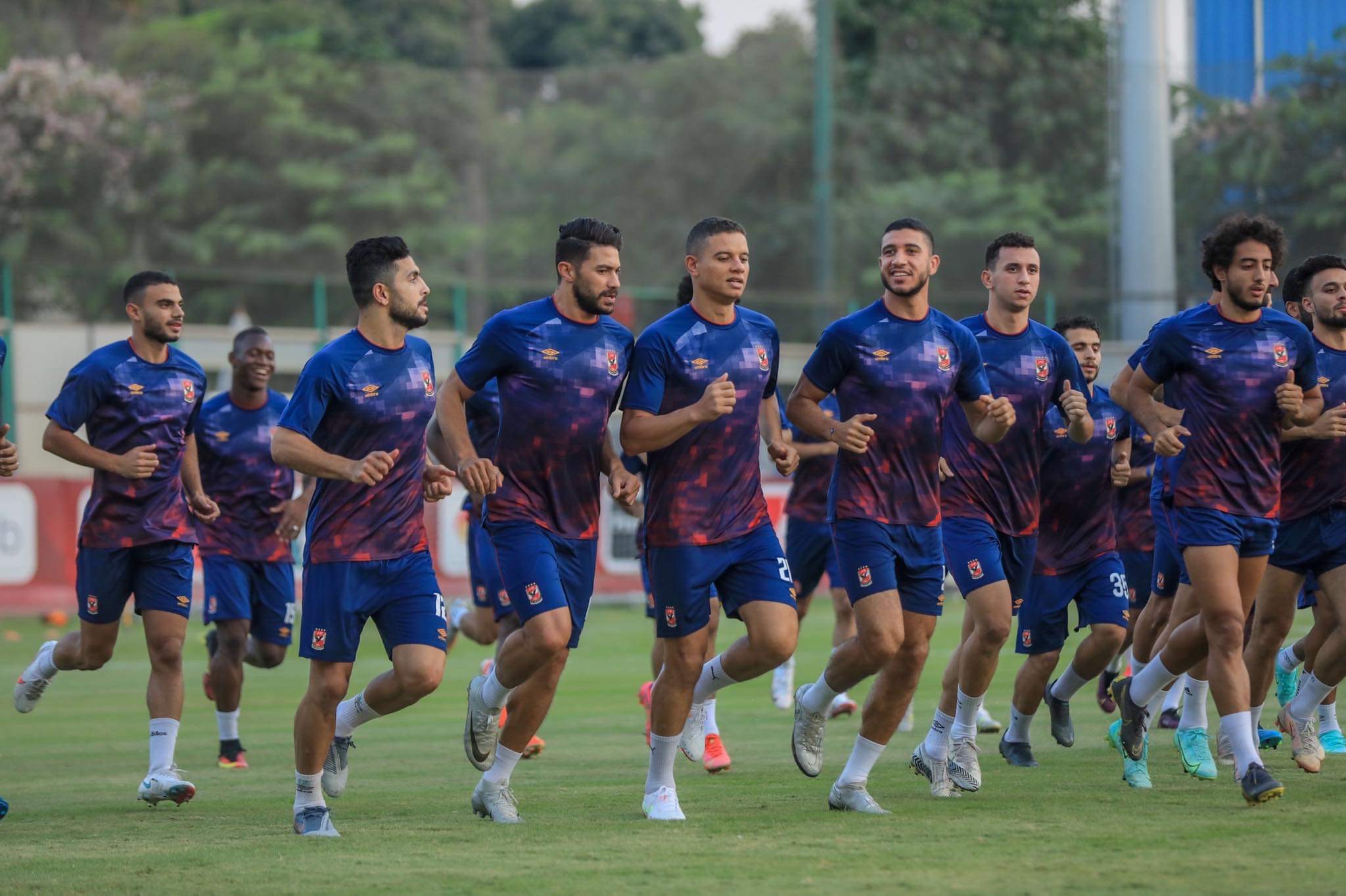 Al Ahly’s football first team resumed their training sessions on Monday after having a 24-hour rest following the team’s 4-0 victory over Ceramica Cleopatra in the league.

The Red Eagles are currently preparing to face Ismaily on Wednesday in Matchday 29 of the Egyptian Premier League at Al Ahly WE Al Salam Stadium.

Pitso Mosimane, Al Ahly head coach, started today’s training with a meeting with his players, during which our coach highlighted several tactical aspects related to our upcoming game.

Our players then performed several fitness exercises and carried out several football drills, before participating in a strong training game.

On a different note, all of our players who were part of Egypt’s under 23 squad in the Tokyo 2020 Olympic Games participated for the first time in today’s training session.

Aside from that, Walter Bwalya, our striker, suffered a minor leg injury while warming up, but it did not prevent him from completing the rest of the session.

Mahmoud Metwaly, our defender, rejoined the team’s full training sessions on Monday after recovering from his adductor muscle injury which he picked up last week.

Mosimane held a meeting with Dr. Ahmed Abu Abla, the head of the team’s medical staff, to check on the conditions of the players, who recently returned back to the team’s training.

Finally, the Reds will head to Alexandria on Tuesday, where they will enter in a closed training camp to continue their preparations for Wednesday’s game against Ismaily.