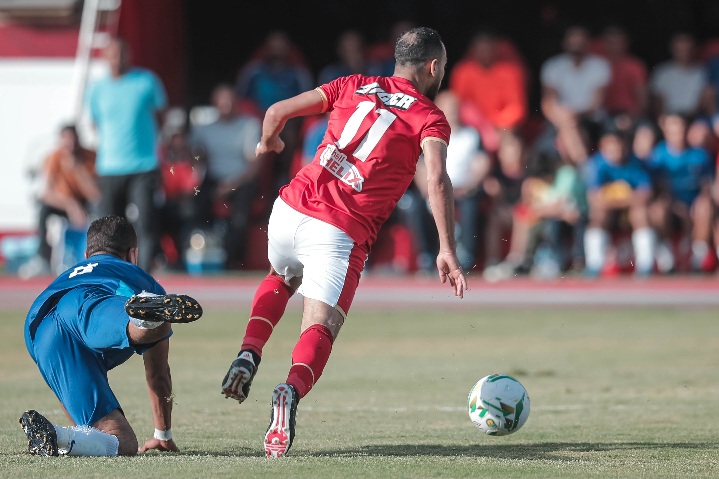 Soliman underwent a quick medical test after the end of the game, which showed that he suffers from fatigue in his quadriceps.

On a different note, Pitso Mosimane, Al Ahly’s head coach, decided to give our players a 6-day following our friendly game against Misr Insurance Club.

Al Ahly’s football first team was held to a 2-2 draw in our friendly game against Misr Insurance Club at El Tetsh Stadium on Thursday.

The Reds are expected to resume their training sessions next Thursday, in order to prepare for Al Ahly’s upcoming match against Tunisia’s Esperance on 19 June in the first leg of the CAF Champions League semi-finals.