A Goalless Draw at El Gouna 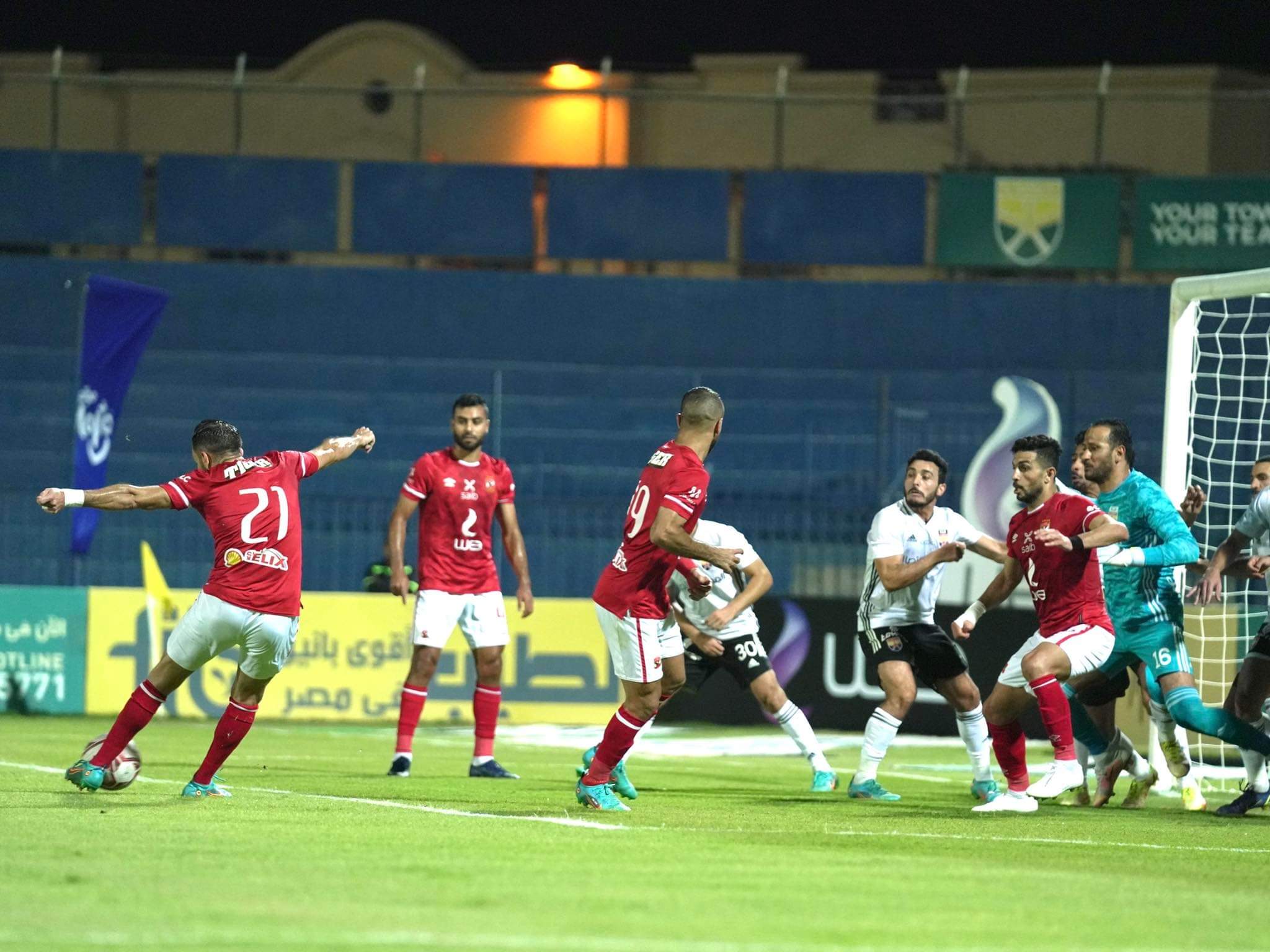 The Red Eagles were held to a goalless draw tonight against El Gouna at Khaled Bichara Stadium in the Egyptian Premier League.

From the beginning of the match, our players pushed forward to score, but our efforts were not enough to break the defensive block of the home team.

The first half started with many chances from our players and after only five minutes we were ready to announce our first threat in the game.

Salah Mohsen sprinted down the left flank to send a ground cross to Mohamed Magdy Afsha at the edge of the box. Afsha unleashed a strong shot, but it was blocked by the defense.

In the 14th minute, Taher Mohamed Taher tried his luck from the outside of the box, but the ball went directly to the keeper’s hands.

In the final moments of the first half, we had a clear scoring chance. Maaloul delivered a brilliant cross from the left flank, and Salah Mohsen blasted a strong header. However, his efforts hit the woodwork.

We caused several troubles by the start of the second half. Mohamed Sherif controlled the ball inside the box and sent a strong shot, but El Gouna’s keeper deflected the ball away into a corner kick.

Five minutes later, we had a clearer scoring chance. Mohamed Hany sent a cross inside the box, and Mohsen collected a poor clearance from the defender, but his shot went directly to the keeper’s hands.

Ricardo Soares made his first substituton in the game in the 61st minute, as Hossam Hassan joined the match instead of Salah Mohsen. Our coach was keen to add more attacking power to the team with Ziad Tarek, Aliou Dieng, and Karim Fouad replacing Taher, Hany and Hamdy Fathy.

In the 81st minute, we had another scoring chance. Zeyad Tarek dribbled past the defenders on the right flank and sent a ground cross inside the box. Sherif shot the ball, but his efforts were blocked by the keeper.

In the dying seconds of the game, Hossam Hassan was close from securing a last-gasp victory for us but his header went over the bar and the game ended in a goalless draw.