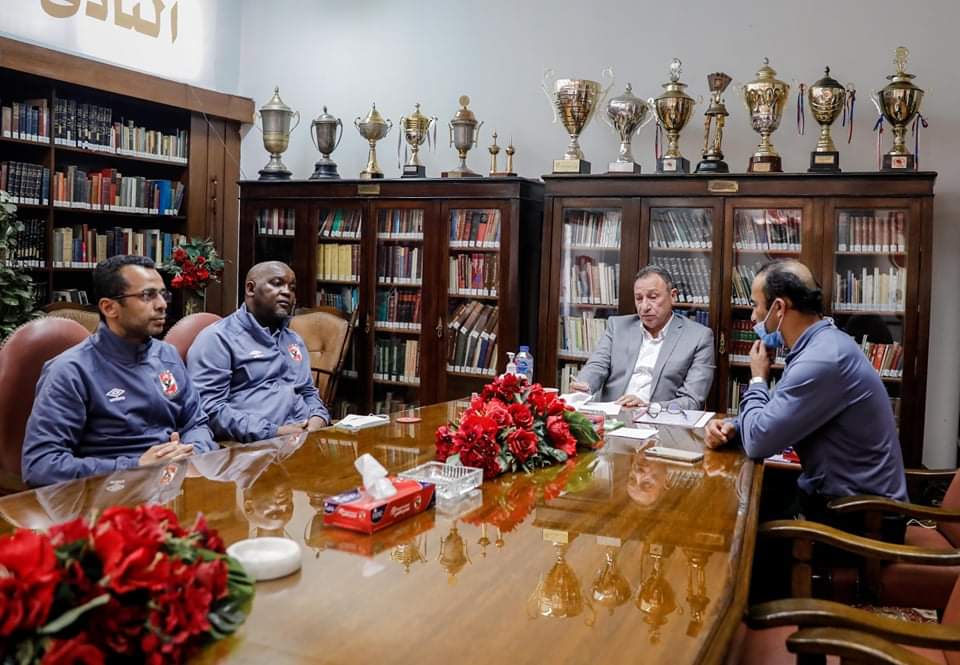 During the meeting, Mosimane reviewed the team’s schedule for the upcoming period; in addition to pointing out what the coaching staff needs for the next period.

Captain El Khatib was keen to hold this meeting in order to provide his full support to Al Ahly’s football first team and to know how the team is preparing for the upcoming period, which is a crucial part of the season for the team domestically and continentally.

On a different note, the Red Eagles are set to face Tanzania’s Simba SC on Friday in the final fixture of the CAF Champions League group stage at Al Ahly Stadium.