Mohsen, Sherif Save the Day 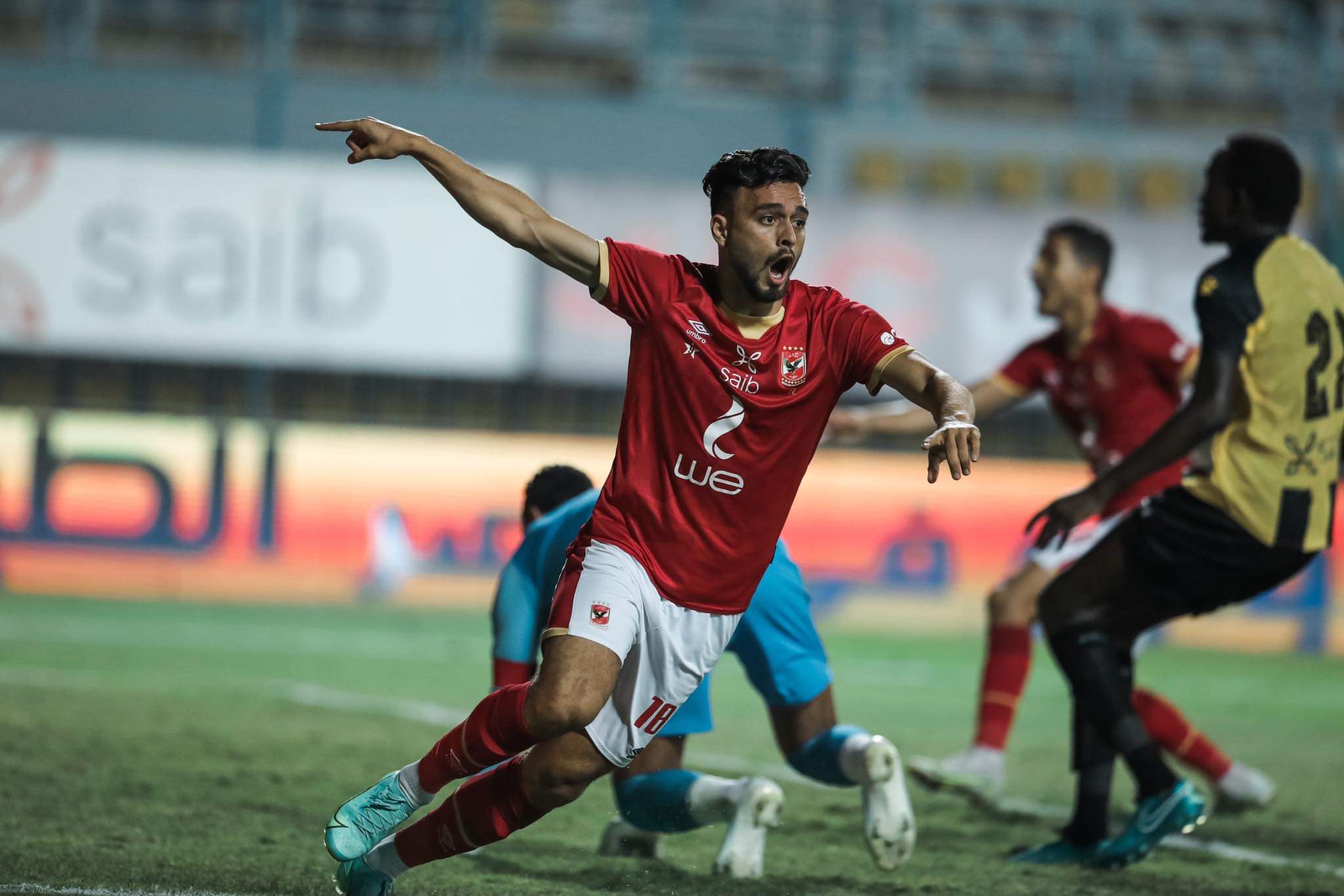 Salah Mohsen came from the bench to break the deadlock, as he netted the opener just seven minutes after arrived on the pitch.

In the dying minutes of the game, Sherif doubled the score after he stunned Al Mokawloon’s defender with a dazzling run, then he converted the ball into the back of the net.

Al Ahly started the game with frontline pressure, as we were seeking to score the opener.

After six minutes, Taher Mohamed Taher made his first appearance in the game, as his shot was saved by Hassan Shahin, Al Mokawloon’s goalkeeper.

The first 20 minutes of the first half passed by with both teams wanting to have the lead; however, there weren’t any serious goalscoring opportunities.

In the last-minute of the first half, Akram Tawfik fired a screamer, but it barely missed the net.

The Red Eagles upped their pressure in the second half, as we tried to break the deadlock, but Al Mokawloon stood their ground and managed to block all our attempts.

We had another attempt in the 51st minute, as Taher passed the ball to Maaloul on the left flank, who delivered a cross, but Al Mokawloon’s keeper managed to reach it before our forwards.

In the 56th minute, Pitso Mosimane, our head coach, used his bench for the first time in the game, as Bwalya joined the game instead of Yasser Ibrahim.

In the 60th minute of the game, we missed another goalscoring chance. Taher latched a beautiful pass to Bwalya, who managed to fire a shot, but it was blocked by Al Mokawloon’s defender.

With 70 minutes on the clock, Mosimane used his bench again, as Salah Mohsen joined the game instead of Hussien El Shahat.

In the 72nd minute, Afsha sent a brilliant pass for Hamdy, whose header touched the ball, but it went near the post.

Seven minutes later after coming from the bench, Mohsen announced his presence with a sensational strike that hit the post and passed the goal line.

The referee needed to check the VAR to announce a 1-0 lead for the Red Eagles.

In the 80th minute, Mosimane made the third substitution in the game, as Badr Benoun joined the game instead of Taher Mohamed Taher.

In the 91st minute of the game, Bwalya sent a brilliant long pass to Sherif, who managed to dribbled past the defender before latching a sensational shot that found the back of the net.

The final minutes went on with Al Ahly controlling the game’s tempo, and the referee blew his final whistle to declare a brilliant 2-0 victory for the Red Eagles.

Occasion: Postponed game from Matchday 26 of the Egyptian Premier League