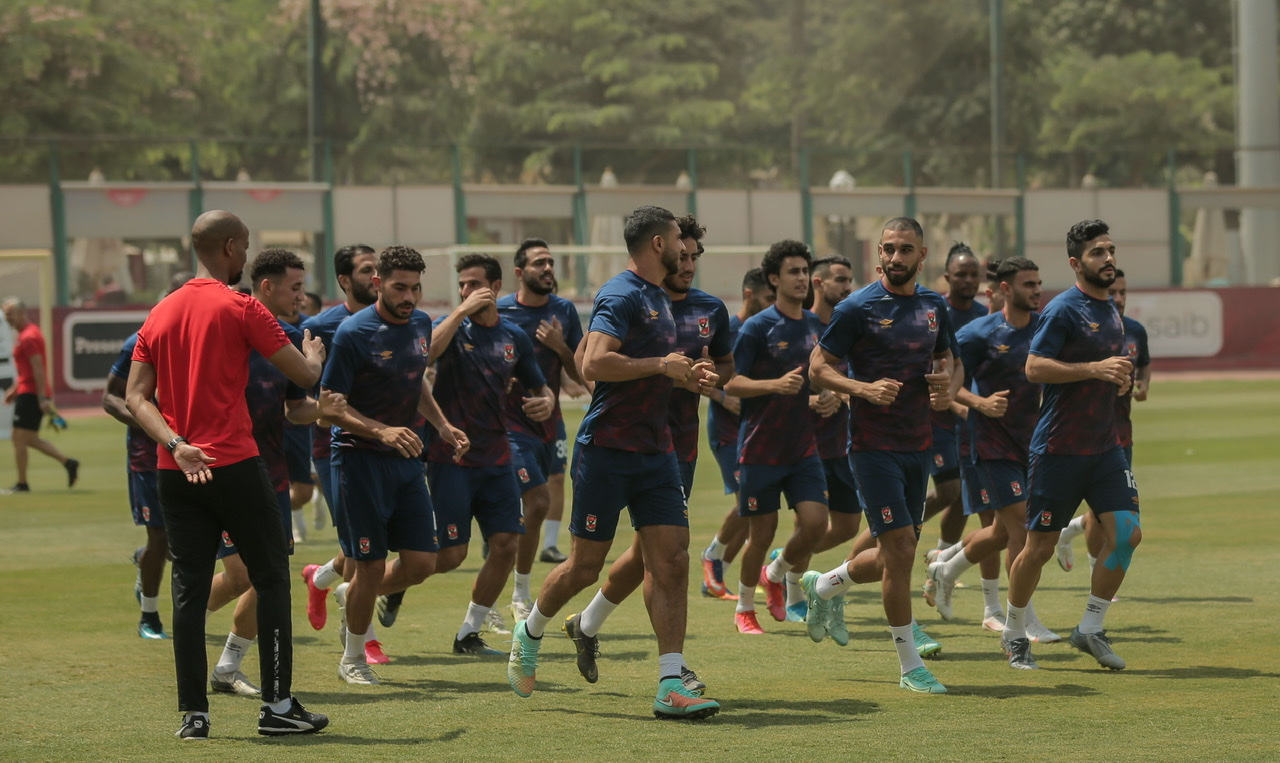 Pitso Mosimane, our head coach, started today’s training session with a meeting with the players, during which our coach highlighted several tactical aspects related to our next game.

Our players then did several recovery drills in order to avoid fatigue, before participating in a strong training game.

The duo took part in today’s training session after being rested from our 2-1 victory over Wadi Degla on Wednesday in the Egyptian Premier League.

Additionally, Ayman Ashraf, Al Ahly's defender, participated normally in today’s session after recovering from a cold which forced him to miss our previous match.

Walid Soliman continued his rehabilitation program on the sidelines of today’s training session.

Our winger did some running drills, before performing various recovery exercises.

The Red Eagles are set to face Ceramica Cleopatra in a postponed game from Matchday 23 of the Egyptian Premier League on Saturday.