Rabia Speaks Ahead of Monterrey's Game 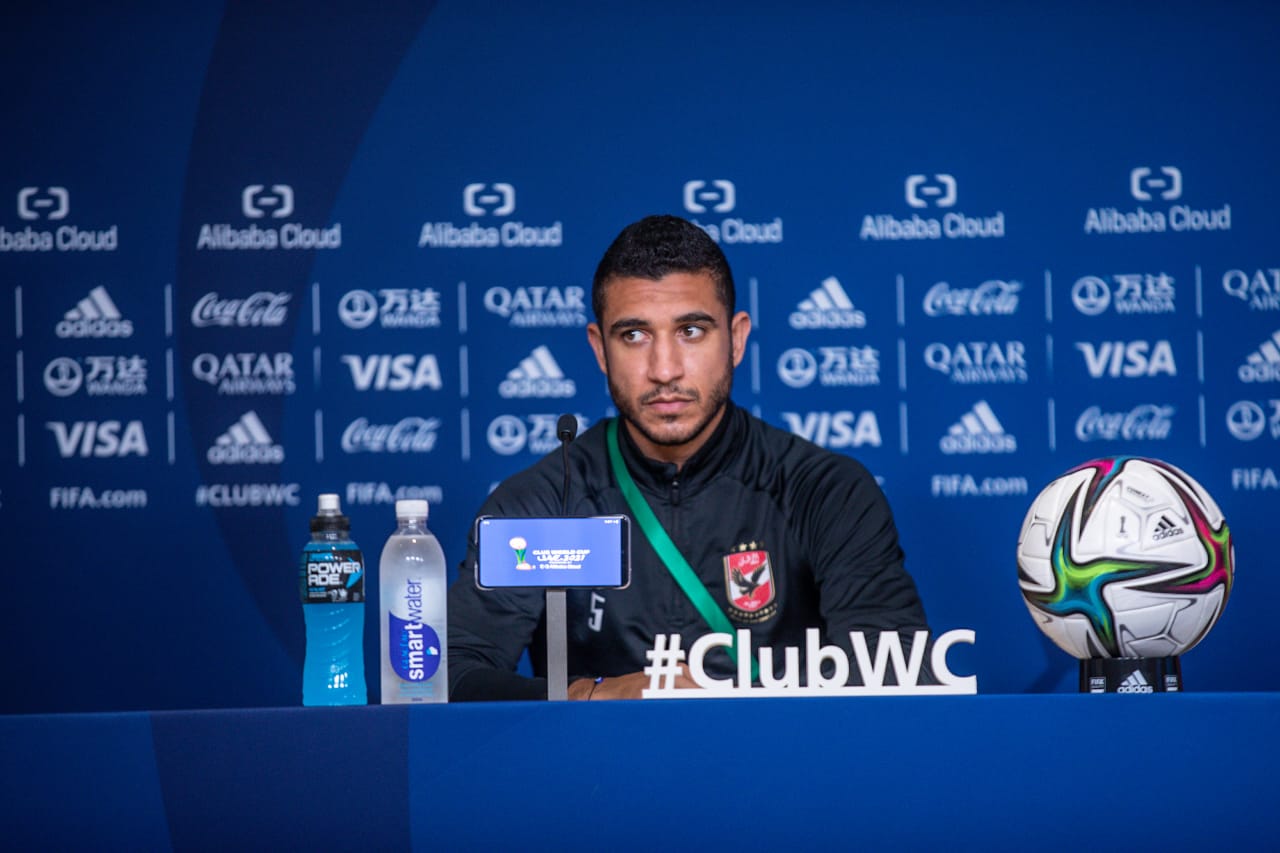 Ramy Rabia, Al Ahly defender, gave his thoughts on facing Monterrey during the pre-match press conference of our game against C.F. Monterrey of Mexico in the preliminary round of FIFA Club World Cup.

"I would like to thank the UAE for their warm reception ahead of the FIFA Club World Cup."

"I am always honoured to be wearing Al Ahly’s jersey. Being Al Ahly player is the main reason for us behind our participation in such a prestigious competition like the FIFA Club World Cup."

"I played several times in this competition. We are motived to put on a great performance and achieve the victory."

"Walid Soliman and I spoke with the players to support them ahead of the game, especially the ones who are participating in the competition for the first time."

Rabia concluded by saying that they were very happy for the Egyptian national football team to reach the Africa Cup of Nations’ final, adding that he wishes all the best to our national team in the final game.