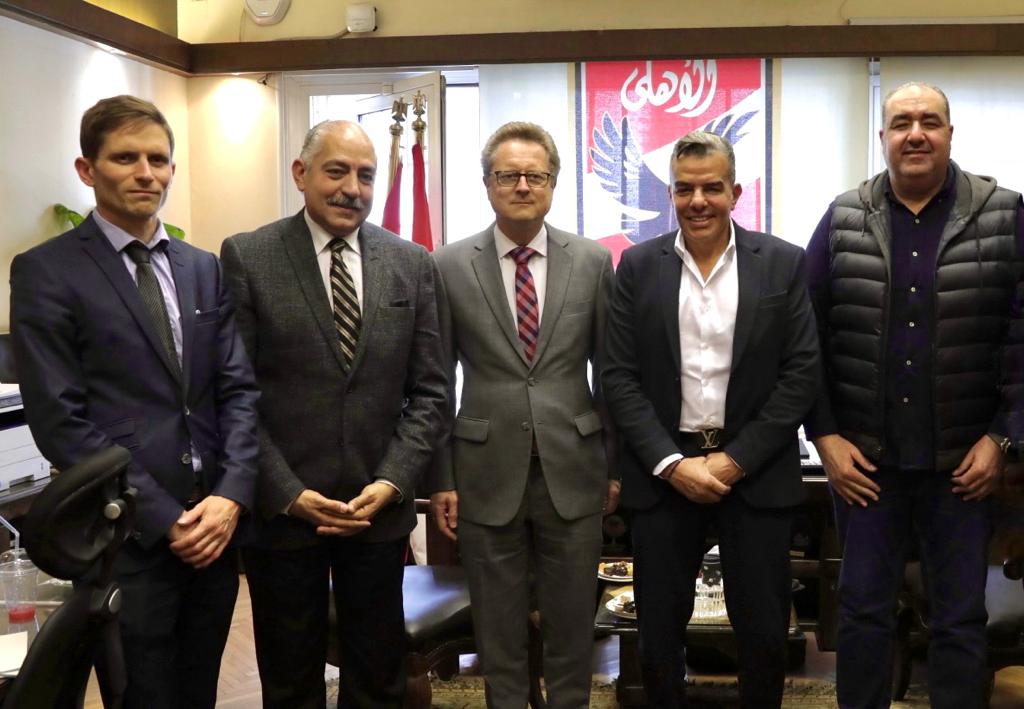 Ambassador Hartmann, accompanied by a delegation from the German Embassy in Cairo, was received by Khaled Mourtagy, the club's treasurer, and Mohamed El Ghazawy, the club's board member.

Ambassador Hartmann expressed his happiness for visiting the club and was keen to congratulate Al Ahly on winning the bronze medal of the FIFA Club World Cup.

Also, the German ambassador stated that he is so happy with the cooperation between Al Ahly and the German Embassy in Cairo to hold the Diplomatic Competition.

Ambassador Hartmann thanked Al Ahly for hosting the competition, and also for postponing it because of the recent events that the world is currently witnessing.