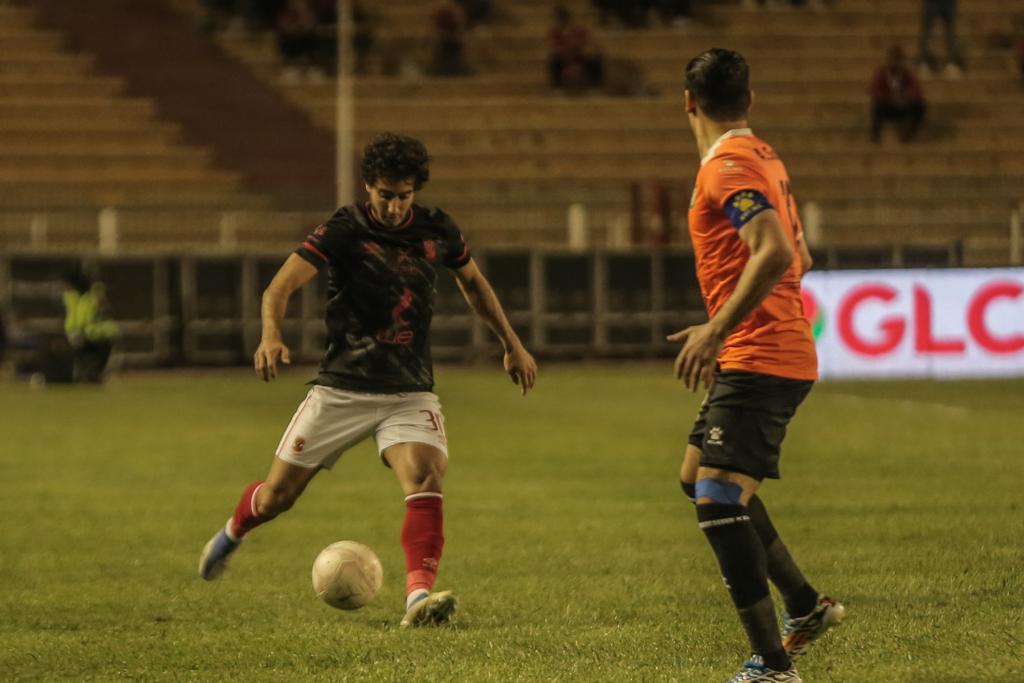 Al Ahly’s football first team was held to a 0-0 draw against National Bank of Egypt SC in the 19th fixture of the Egyptian Premier League on Wednesday at Arab Contractors Stadium.

The Red Eagles tried throughout the 90 minutes to take the lead; however, they were faced with a strong opponent aside from being unlucky to convert the chances into the net.

With that result, we are now in third place with 34 points and four games in hand compared to Zamalek, who are in first place with 41 points; while, National Bank of Egypt SC is in eighth place with 25 points after 18 games.

It was not until the tenth minute that we had our first chance in the game. Taher received the ball in National Bank’s final third and passed the ball to Sherif, who dribbled past the defender but was not able to find the target.

After the first twenty minutes, our opponent began to bounce back in the game and that was when Mohamed El Shenawy was needed to save three crucial shots.

In the 29th minute of the game, Rabia passed the ball to Afsha who sent a brilliant pass to Mahmoud Wahid on the left side. Wahid received the ball and was able to convert it into the net. However, our goal was quickly ruled out by VAR.

Both teams kept searching for the winning goal in the last 15 minutes of the first half; however, no one was able to convert their chances into the net.

The Reds entered the second half looking forward to having the lead but National Bank’s defense stood its ground.

In the 58th minute of the game, Pitso Mosimane used his bench for the first time in the match when substituted both Mohamed El Shenawy and Taher Mohamed Taher for Ali Lotfy and Hussein El Shahat.

Following those substitutions, we began to control the game much better but we still weren’t lucky enough to score the opening goal.

In the 81st minute, Walid Soliman entered the pitch instead of Ahmed Abdelkader.

In the remaining minutes of the encounter, we kept searching for the winning goal; however, the Eagles could not change the result.