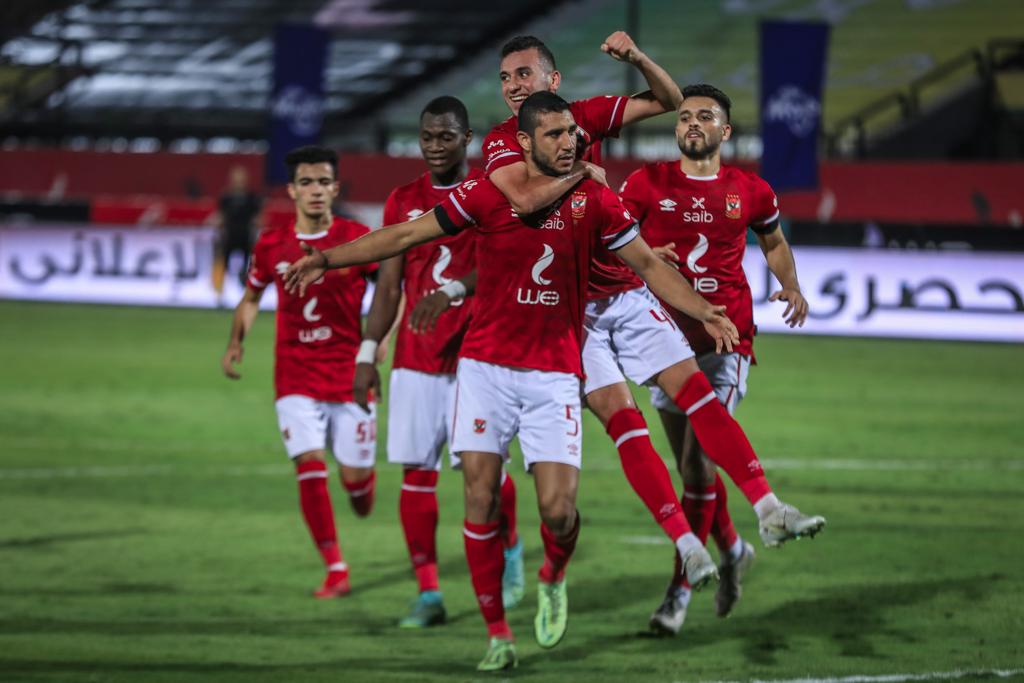 Al Ahly managed to secure their qualification to the quarter-finals of the Egyptian Cup after defeating Misr Lel Makkasa 1-0 on Sunday at Al Ahly WE Al Salam Stadium.

Ramy Rabia scored the goal from the penalty spot and helped us advance to the quarter-finals of Egypt Cup.

The game began with the Red Eagles controlling the tempo, as we were looking for our first chance in the encounter.

Five minutes into the game, we had our first chance as Mohamed Hany found himself inside the box, but his left-footed shot missed the net and went to a corner kick.

In the 12th minute, Ziad Tarek tried his luck and fired a shot from outside the box, but his efforts were blocked by Misr Lel Makkasa’s goalkeeper.

24 minutes into the game, we were close to breaking the deadlock, as Ahmed Gharib blasted a strong header, but the ball missed the net and went to a goal-kick.

The Red Eagles kept searching for a goal, but El Makkasa’s defenders managed to block our attempts and the score remained 0-0 at the break.

We started the second half with great pressure. We were close to scoring the opener, but Mahmoud Metwally’s header was deflected by the goalkeeper.

Once again, we were close to breaking the deadlock. Mohamed Fakhry received the ball at the edge of the box, and then fired a strong shot, but his shot nearly hit the top corner.

In the 57th minute, Ricardo Soares used his bench, as Hossam Hassan, Mohamed Ashraf, and Salah Mohsen joined the game instead of Luis Miquissone, Ahmed Gharib, and Karim Fouad.

In the 69th minute, Mido Nabil and Mohamed Mahmoud joined the pitch instead of Mohamed Fakhry and Ziad Tarek.

Eight minutes later, Aliou Dieng was about to score the opener, as he fired a first-time shot, but the keeper was in the right place and deflected the ball into a corner kick.

In the final minutes of the game, the referee checked the VAR and awarded us a penalty kick after the ball touched El Makkasa defender's hand inside the box.

Ramy Rabia stood behind the ball and managed to convert it into the back of the net to make it 1-0 for the Eagles and secured our qualification ticket to the quarter-finals.