Al Ahly Through to Egyptian Cup’s Round of 16 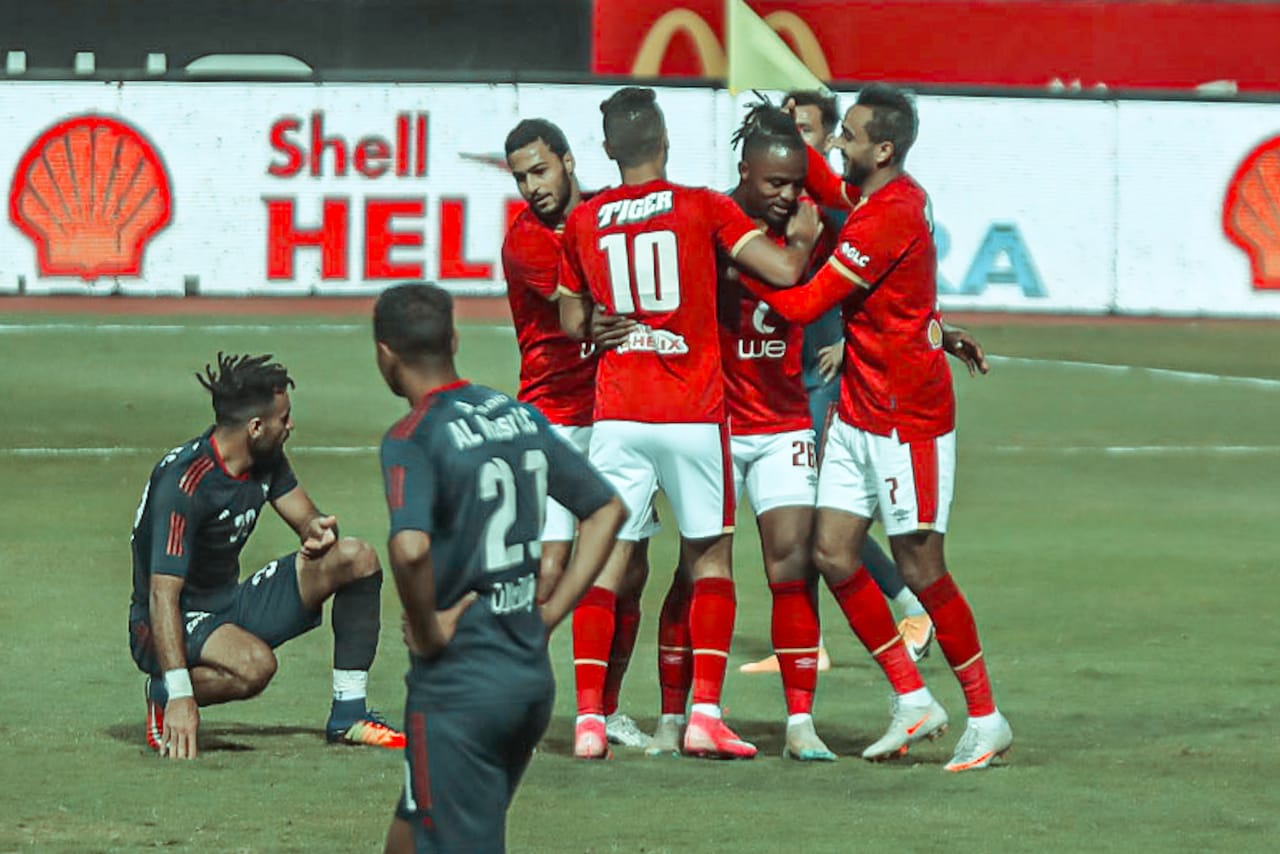 Al Ahly managed to qualify to the Egyptian Cup’s round of 16 after defeating Al Nasr 2-1 at Alexandria Stadium on Wednesday.

Walid Soliman, our veteran, gave us the lead in the 45th minute before Al Nasr’s Ahmed El Saidy leveled the score in the 54th minute.

However, we spurned a slew of goal-scoring chances before Walter Bwalya, our Congolese striker, netted the winning goal to secure our qualification to the competition’s round of 16.

Al Ahly had the upper hand since the beginning of the game, as we were seeking to score the opener in the early minutes of the match.

In the 12th minute Akram Tawfik, our midfielder, was forced to leave the pitch after picking up an injury in his arm.

Pitso Mosimane, our head coach, was forced to use his bench as he replaced Tawfik with Aliou Dieng.

The Red Eagles continued on controlling the game’s tempo while searching for the opening goal.

In the 21st minute, our striker Marwan Mohsen latched a sensational pass to Salah Mohsen, who was about to net the opener, but his shot went away from the opponent’s net.

The Red Eagles upped the pressure, while Al Nasr SC’s defenders stood their ground and kept all our attempts away from their net.

In the 47th minute, the final chance fell to our veteran Walid Soliman who managed to break the deadlock from a sensational left-footed half volley after a weak defensive clearance fell into his path.

Against the run of play, Al Nasr SC’s Ahmed El Saidy equalized the score in the 54th minute while being unmarked at the far post.

Pitso Mosimane, our head coach, looked into his bench in the 61st minute, when Walter Bwalya and Mahmoud Kaharab came on for Walid Soliman and Salah Mohsen.

The Red Eagles were on the front foot during the second half and surged forward to score the winner.

Once again Mosimane used his bench as Afsha and Mohamed Sherif joined the game instead of Nasser Maher and Marwan Mohsen.

After missing the opponent’s net several times, Walter Bwalya, our Congolese striker, had the last word and netted the winner with seven minutes remaining on the clock to secure our qualification.

With that result, Al Ahly will face Ennpi in the Egyptian Cup’s round of 16.