Aside from the Training: Mosimane Holds a Meeting with his Players 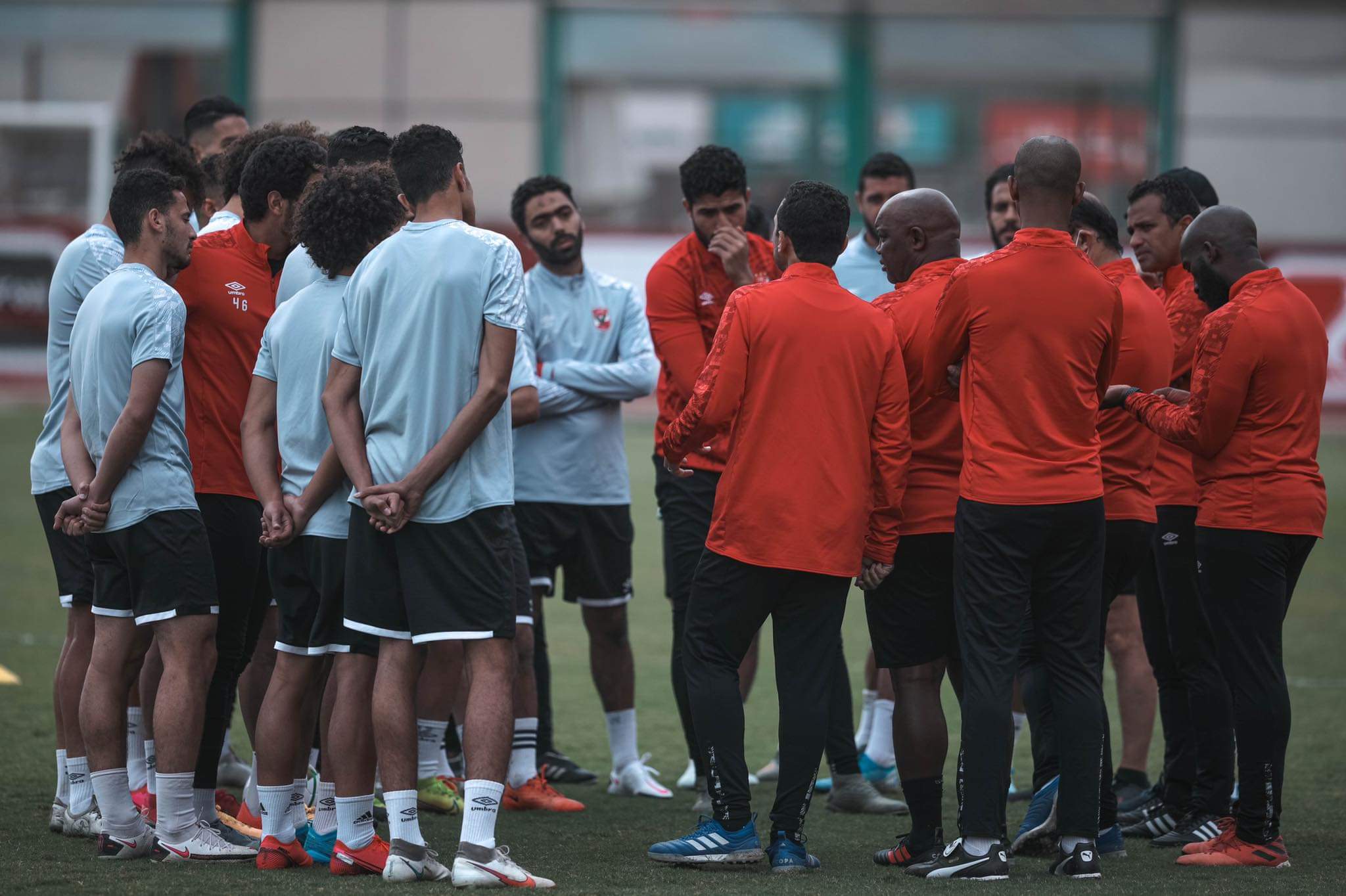 Al Ahly head coach Pitso Mosimane held a meeting with his players before the start of Wednesday's training session at El Tetsh Stadium.

During his meeting, Mosimane highlighted several tactical points to the players which he wants to be implemented during today’s training session.

The Red Eagles are currently preparing to face Sudan’s Al Merrikh SC on April 3 in Matchday 5 of the CAF Champions League group stage.