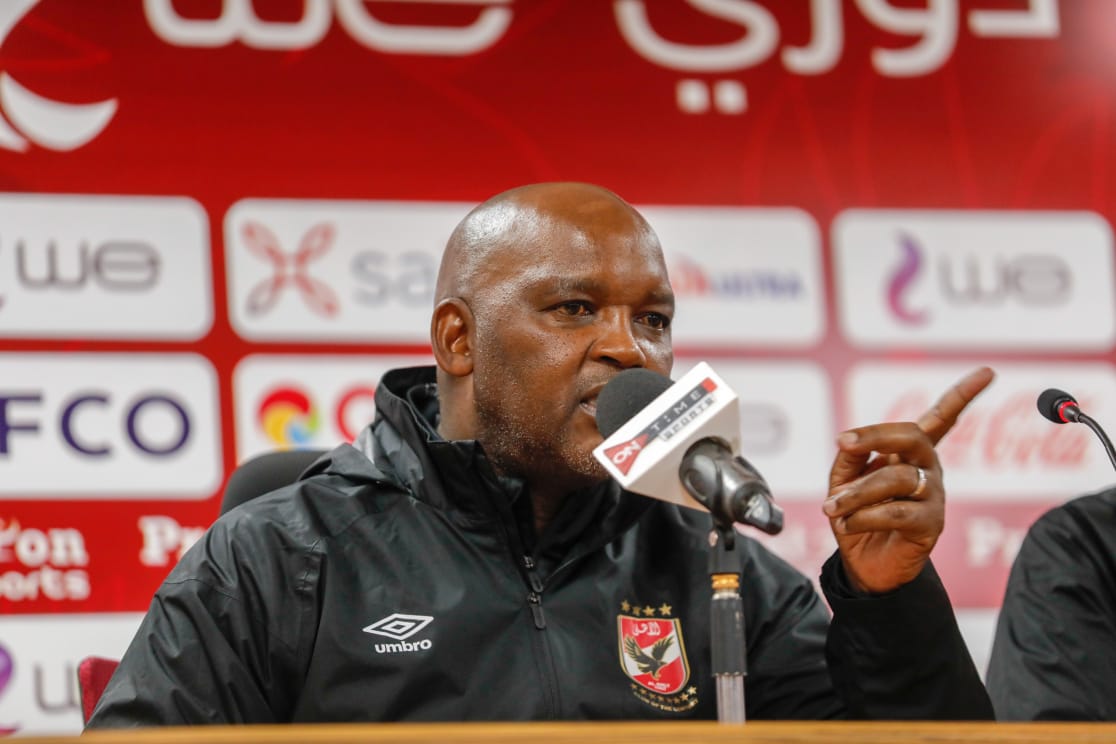 Pitso Mosimane, Al Ahly’s head coach, reflected on the team’s 2-1 defeat against Smouha SC on Wednesday in the postponed game from the eleventh fixture of the Egyptian Premier League.

“We committed several mistakes in today’s game and we also missed a lot of goal scoring chances.”

“In addition to that, we exerted a lot of effort during the past couple of games and we missed several players due to them being injured.

Also, we were forced to make several substitutions in today’s encounter, as Ayman Ashraf and Aliou Dieng could not complete the match.”

“We could have taken the early lead in today’s game, but Afsha missed a crucial scoring chance at the start of the match.”

“Amid all the current circumstances, we accept today’s defeat. We are suffering a lot due to our overwhelmed schedule, but we must deal with it.”

“Finally, I will not speak about the injuries which the team suffers. They are not an excuse as we managed to defeat Zamalek SC while having several players out of action."