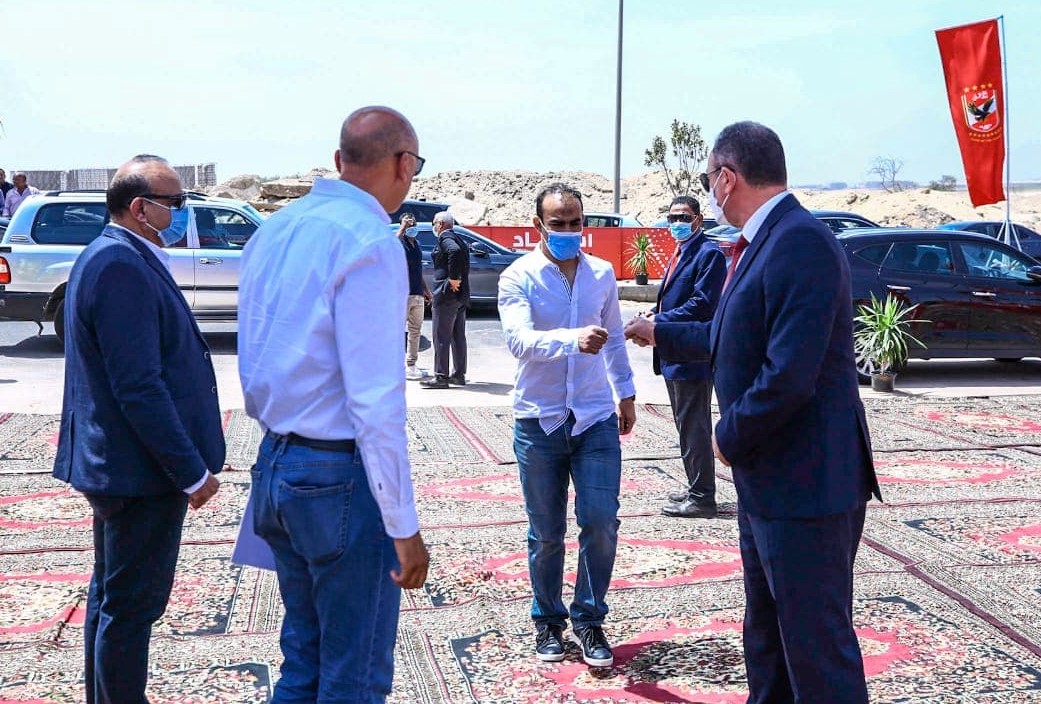 The club’s board of directors, headed by president Mahmoud El Khatib, will lay the foundation stone of Al Ahly Stadium at the club’s premises in Sheikh Zayed City in the presence of some of the nation’s respectable figures.

Moreover, the following players were keen to attend today’s event:

On a similar note, the following names will be some of the honorable guests in Saturday’s event, along with several of the club’s iconic names and former players:

Lastly, Al Ahly's board of directors expressed their sincere thanks and gratitude to president Abdel Fattah El-Sisi for his great support to Egyptian sports and all its institutions, including Al Ahly.