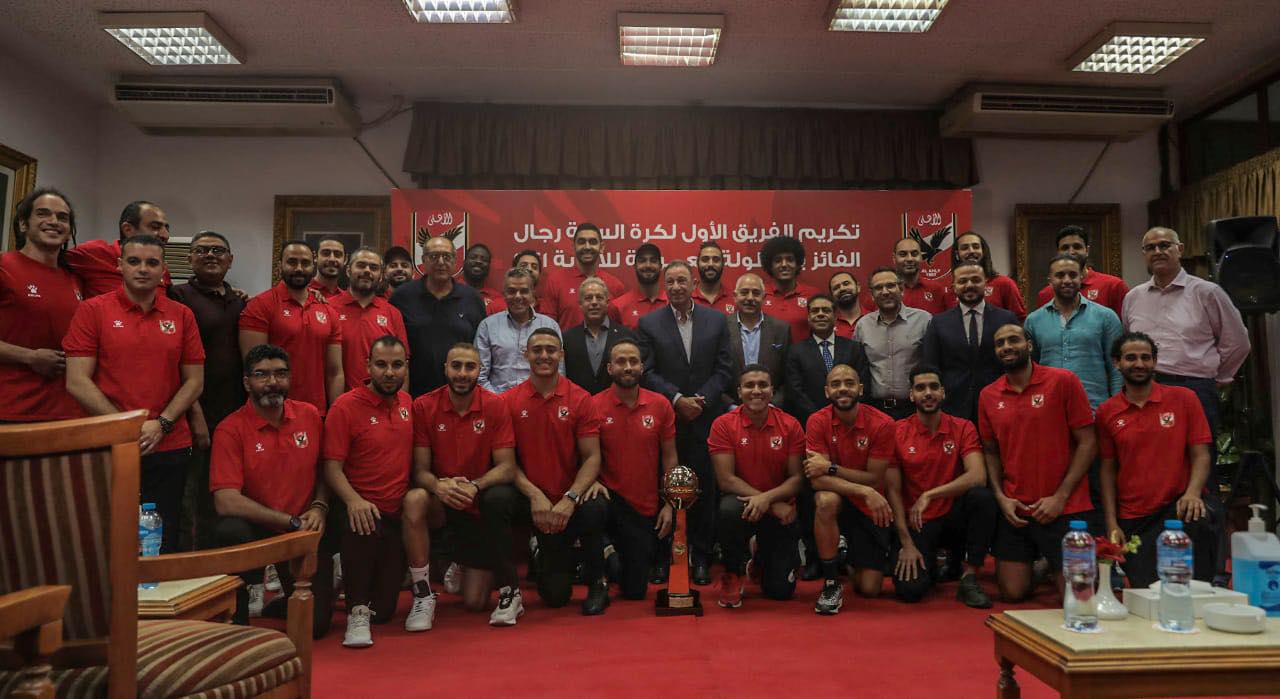 El Khatib congratulated the team after their heroic performance in the competition and their determination to win the title.

Also, El Khatib handed the team members the club’s shield, in recognition of their efforts during the competition.