The Reds Secure an Emphatic 4-1 Win at Home 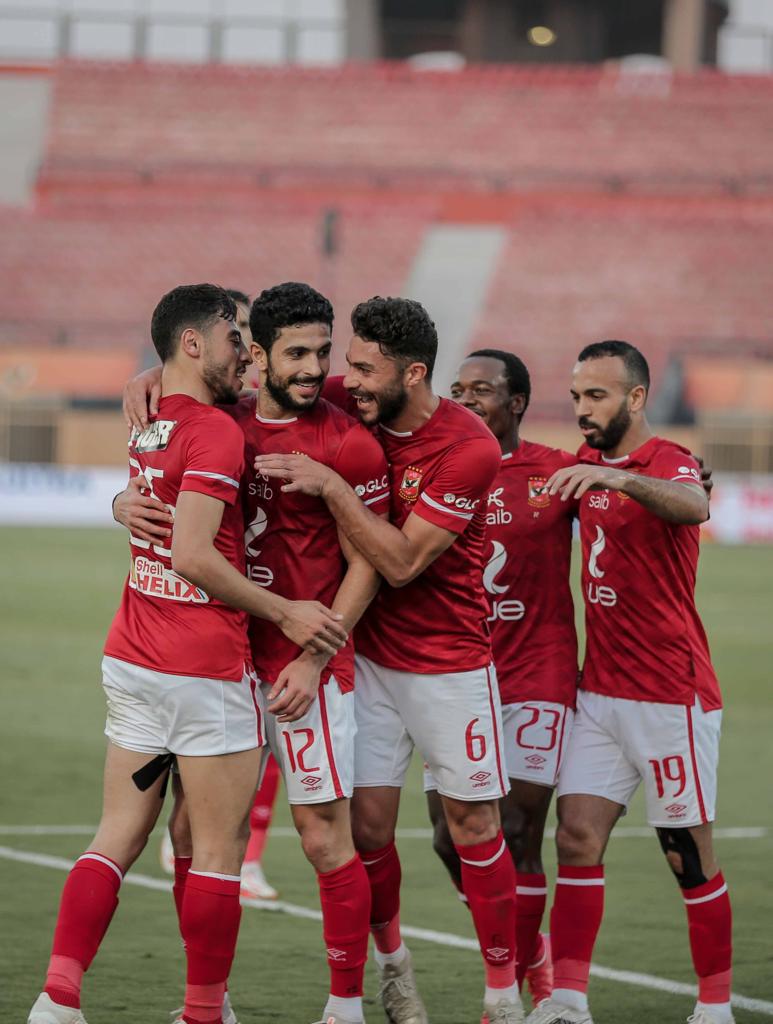 Al Ahly players put on an impressive performance on Thursday to secure a 4-1 victory over Smouha in Matchday 6 of the Egyptian Premier League.

The Red Eagles consolidated their spot atop of the table with 18 points from six games.

It was another high-scoring game from Pitso Mosimane’s men, who scored 18 goals in the opening six weeks of the domestic league campaign.

Our in-form winger Percy Tau maintained his outstanding start after netting two goals in today’s victory, moving up to the top of the scoring charts after taking his tally this season to five goals.

First Half
We were unlucky in the opening minutes of the game after Badr Benoun failed to convert a penalty from the spot after five minutes into the game.

Our players were full of energy and kept pushing high into the opponent’s half, trying to force them to make mistakes.

After 30 minutes, Ayman Ashraf, who started as left-back to replace the injured Ali Maaloul, received a fabulous pass inside the box from Hussein El Shahat and it was easy for him to put the ball in the bottom corner, making the score 1-0.

Three minutes later, it was the time for some of Percy Tau’s magic. The winger did much effort to put Smouha’s defender on his backside to control the ball, having a one vs one situation with the other defender. Tau dribbled the defender and cut back onto his right foot and put the ball in the back of the net to double the score.

Second Half
Mosimane made a change in the second half as Mohamed Hany replaced Akram Tawfik.

We gave an indication of our quality in the first minutes of the second half but the opponent survived our attempts to add more goals.

Smouha was able to visit El Shenawy’s net with a beautiful shot from their midfielder Ahmed Kanarya.

We gave a quick response to Smouha’s goal as we returned the gap back to two goals after only one minute thanks to El Shahat’s goal.

Tau then proved himself as a decisive weapon for the Red Eagles when he added the fourth goal in the match when he met Hany’s cross and tapped the ball into the net.

We kept our control over the run of play and produced more chances with beautiful passes from the midfield that dissected the opponent’s defense.

The Reds are enjoying their best run under Pitso Mosimane in the league with six straight wins in the competition.