Mosimane: We Believe We Can Win the CAF Champions League Title 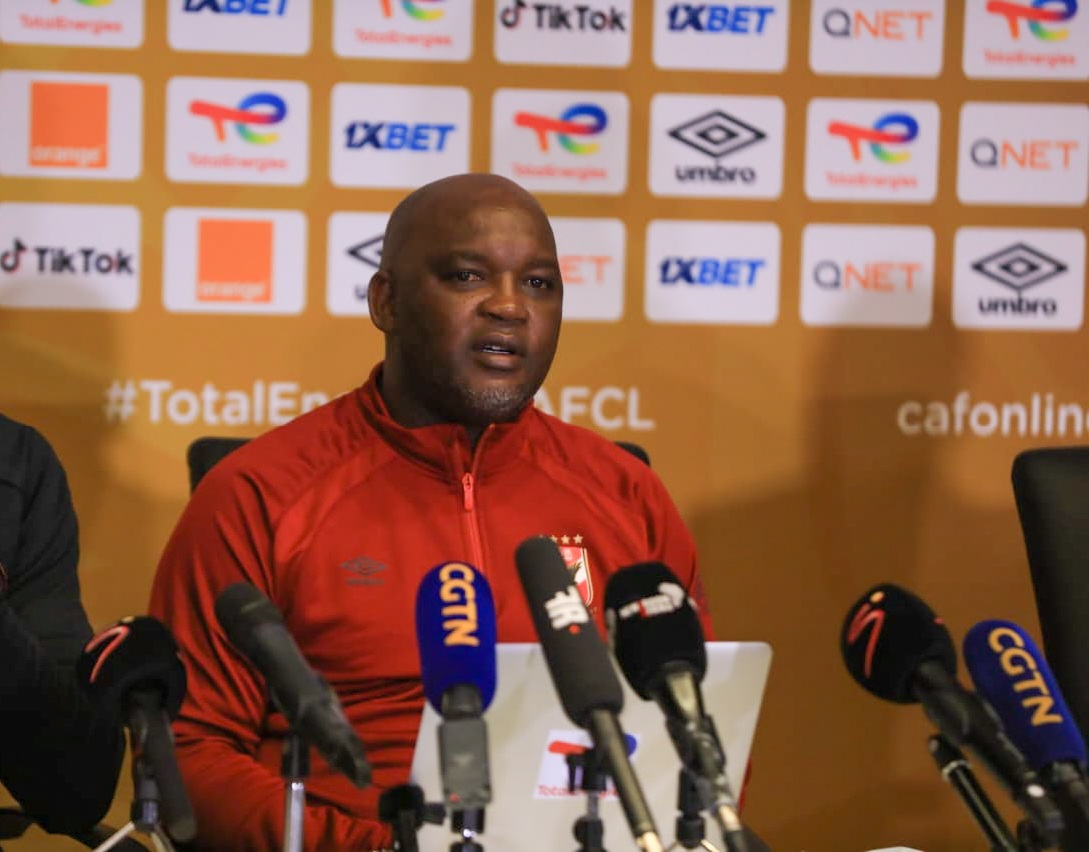 In his pre-match press conference, Mosimane talked about the team’s preparations for the game, the magnitude of the match, what it feels like to be coaching under pressure, and gave an honest assessment of our previous game against Mamelodi Sundowns.

“At our level and with our experience, it’s not about outsmarting each other as coaches. The game is bigger than that; it’s about Al Ahly versus Mamelodi Sundowns. I respect the opponent’s coaching staff.”

“When you coach teams like Sundowns and Al Ahly, you are expected to win all the time. That’s our lives as coaches. It’s normal and we have to understand that. The pressure is big, we have pressure. We won the Champions League back to back and we are expected to win it this year as well. We also believe that we can win it.”

“Sundowns are also under pressure as they will be trying to win the competition for the first time since seven years.”

“As for the reasons for our defeat against Sundowns in the last match, a football game has many aspects to it. Sometimes you lose mentally or physically or tactically. We couldn’t get the ball at the back of the net. Their keeper made several impressive saves. However, in the end, football is about results. They scored and we didn’t. Last season in Pretoria we didn’t have many chances to score but we were able to find the net and achieved an important draw.”

“Our preparations for the game haven’t been very easy. We played Al Merrikh SC and then Pyramids FC. We had to put everyone in the line-up to win against Pyramids because it is a top clash game and we had to win."

“We faced Al Merrikh and then Pyramids and then we traveled from Cairo to Aswan and then we went to South Africa. However, that’s not an excuse, to be honest.”

“I would like to thank Kaizer Chiefs and the chairman of the club, Mr. Kaizer Motaung, for their hospitality. We couldn’t find any other training facility like the one in Naturena.”

“There is a very good relationship outside of football between Al Ahly and Kaizer Chiefs, despite the fact that we faced each other in the final last season. However, they received us very well.”

“You need more than two years to have the players understand everything about you and for me to understand everything about the team. Now I don’t have to say a lot of things because my captain and the senior players understand how I operate.  However, it takes time to work on "autopilot mode" and to have synergy. In Al Ahly, I don’t have to teach the mentality of winning, just look at the logo and that will tell you. Yes, we need time to do that constantly and for the team to settle.”

“For example, look at Guardiola with Manchester City, he spent five years and is yet to win the Champions League with them. Sir Alex Ferguson and Arsene Wenger needed time to achieve what they did with Manchester United and Arsenal, respectively.”