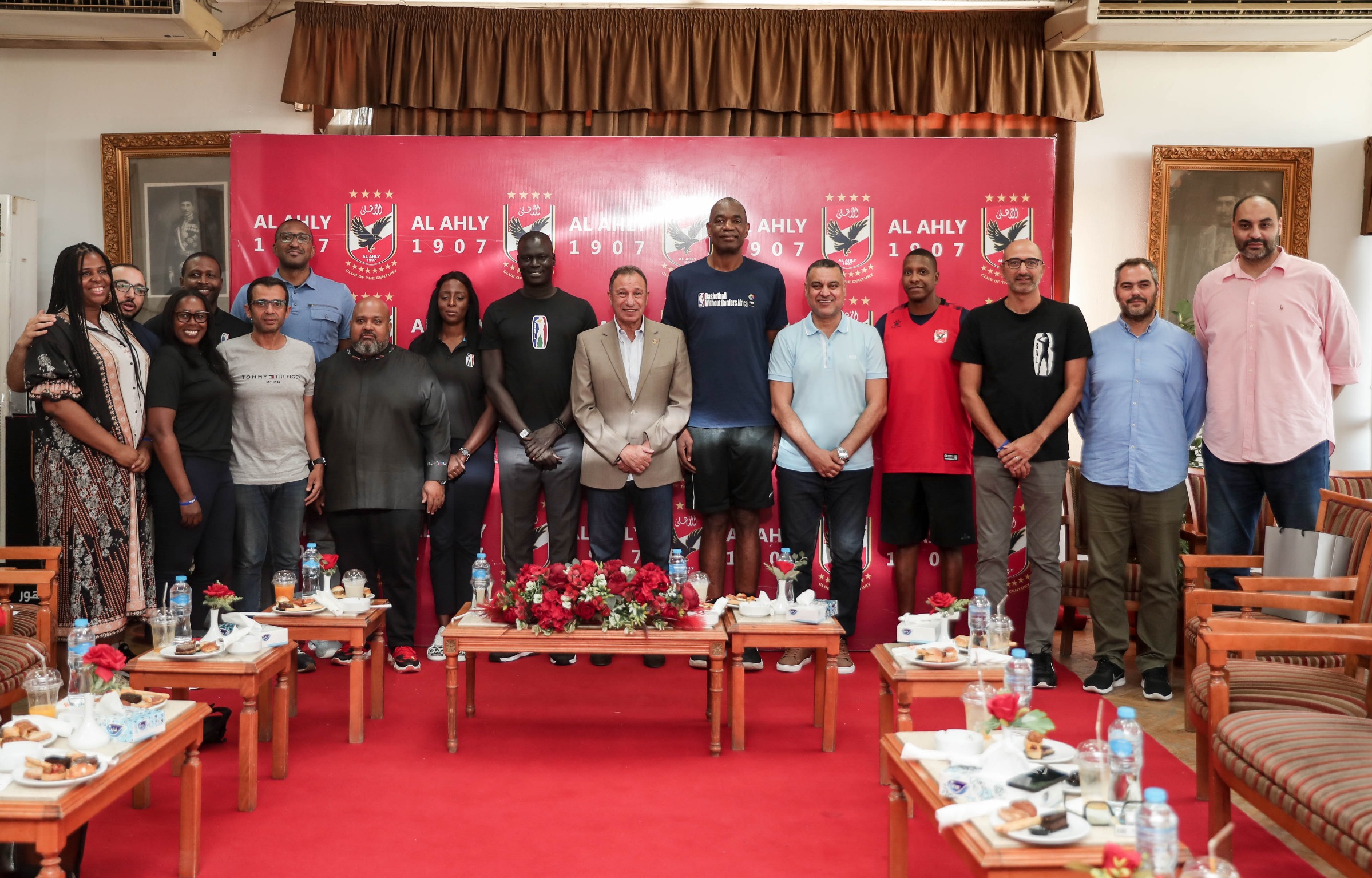 The delegation was headed by Amadou Gallo Fall, President of BAL, and he was accompanied by several officials.

The delegation toured around the club's main branch in Gezira before meeting El Khatib, who expressed his happiness for meeting the BAL’s delegation and thanked them for their efforts to develop and promote the basketball game in the African continent.

Moreover, the BAL’s president revealed his happiness to visit the club, stressing that Al Ahly is a great club in Africa and that it’s like a role model for all African Clubs.

At the end of the visit, El Khatib handed the BAL’s delegation the club’s shield and emblem, and from their side, Amadou was keen to hand our club’s president the BAL’s shield.