El Dawlatly: We Deserve to Win the League 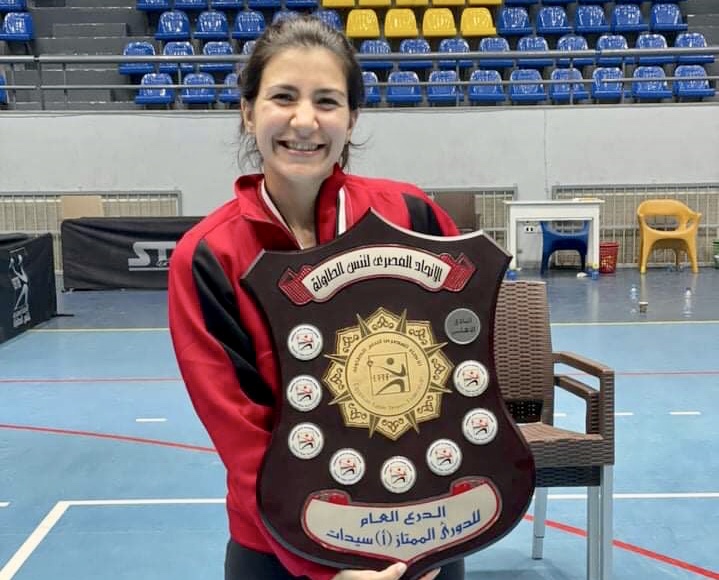 Our women's table tennis team managed to win the second Complex Tournament of the competition, which was held at Suez Canal Authority Hall in Ismailia.

El Dawlatly spoke about the team's performance and the obstacles that they faced throughout the campaign.

"We maintained our good performance in the competition and managed to win the trophy at the end."

"I can say that this season was very difficult, as we were competing against many good teams such as Zamalek SC,Geziret Elward SC, Maadi SC and Ismaily SC."

"Throughout my career with Al Ahly's first team, which started eight years ago, this season was the most difficult one of them."

"It was amazing for the team to lift the trophy at the end after competing in such a tough campaign."

"We have many good players such as, Aida Rahmo, Marwa Al-Hudhaibi, and Amira Yousry, who played an important role to lead the team to the winning podium."

"Finally, I would like to thank Al Ahly's board of directors, headed by president Mahmoud El Khatib, Rauof Abdelqader, the club's sporting director, and our fans for their constant support."