Tau: I Want to Be Part of Al Ahly’s History 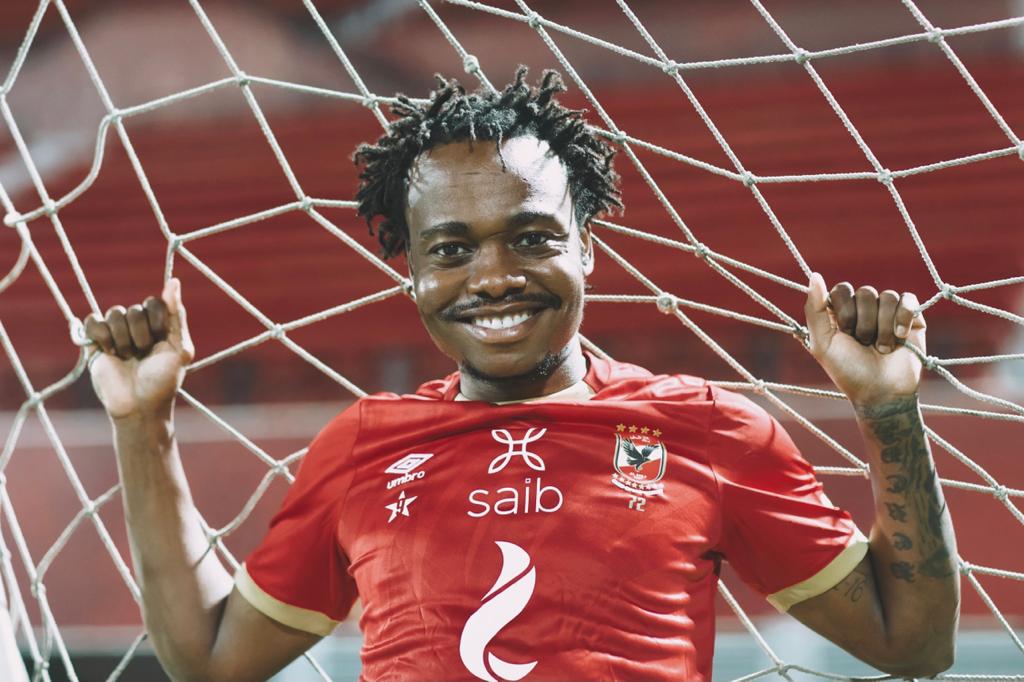 Percy Tau, our new signing, expressed his happiness after joining the African Club of the Century for the next four years from Premier League football club Brighton & Hove Albion.

In an exclusive interview with us, Tau reflected on the move and talked about his ambitions with the team, along with speaking about his relationship with coach Pitso Mosimane and sending a message to the fans.

“I think when we play in South African and get the opportunity to represent Al Ahly;  it’s a dream come true for many of us.  I cherish this moment especially that I come from Witbank, South Africa.”

“My ambition here is always to win. This club is a club of history, and I want to be part of that history.”

“I think it’s a new chapter for me and I’m prepared for it. I think it’s a step forward for me to be playing at a club of this level.”

“The beginning of a great chapter is a title I would give to this new phase of my career.”

His Journey In Europe

“I’ve moved to Europe when I was 24. During my time there, I learned a lot of things that helped me develop as a player and as a person. I will carry what I learned wherever I go.  It will help me when I play at a new club in a new country.”

“Al Ahly have been interested in me for a while, it just happened to be the right time and we were able to come to an agreement.”

“You don’t think when you get an offer from Al Ahly. You don’t have to think, you can’t think. It was that moment when I was like ‘wow’ Al Ahly.”

“Everyone played a role in me coming to Al Ahly. The club, the addition of the coach, I know the coach very well. I always love to be around him. He’s got the hunger to win. He works hard. We are almost similar.”

“He wants to win. I always want to win. We’ve got the love for each other. We always try and get the best out of each other. He knows that I’m very engaging. He’s also engaging to the players.”

Playing In The Club World Cup

“I’m looking forward to participating in the Club World Cup. It’s part of why I chose to come here; it’s always good to go for a second time and to just keep going.”

His Match Against Egypt in the 2019 African Cup of Nations

“I remember most of the players from the Egyptian national team.  It’s just unfortunate that I’m still struggling with their full names. I remember the goalkeeper. He made a great save against me."

“I’ve always been traveling to different countries. I believe that the South African coaching staff will help me settle in. Having them means that you have people that you can always go to and help you try to adjust.”

“I think most people know Al Ahly. There is a recent memory that I have about Al Ahly, which is beating Orlando Pirates. I watched the game and I remember the goal Al Ahly scored from a free-kick.”

“I always try and check what happens in the CAF Champions League. I believe the team is doing well. When I watch them, I see champions. I see winners. I see people who strive to win over and over. They’re never satisfied. They show that they can do it again and again.”

“When I was young, I looked up to my brothers. I wanted to be like them. I also watched other players from South Africa on television like Steven Pienaar and Benedict (Benni) McCarthy. I also watched Ronaldinho.”

“I think the reason behind my nickname is because of my surname and my hair; Tau means lion in South Africa.”

“I’ve always played as a central attacking midfielder or as a second striker.  It also depends on where the coach wants to use me. I can play on the sides, as a right or a left-winger.”

Message To The Fans

“I’m looking forward to meeting the fans and having a great time. I can’t wait to be with them on the pitch and to show them my love.”