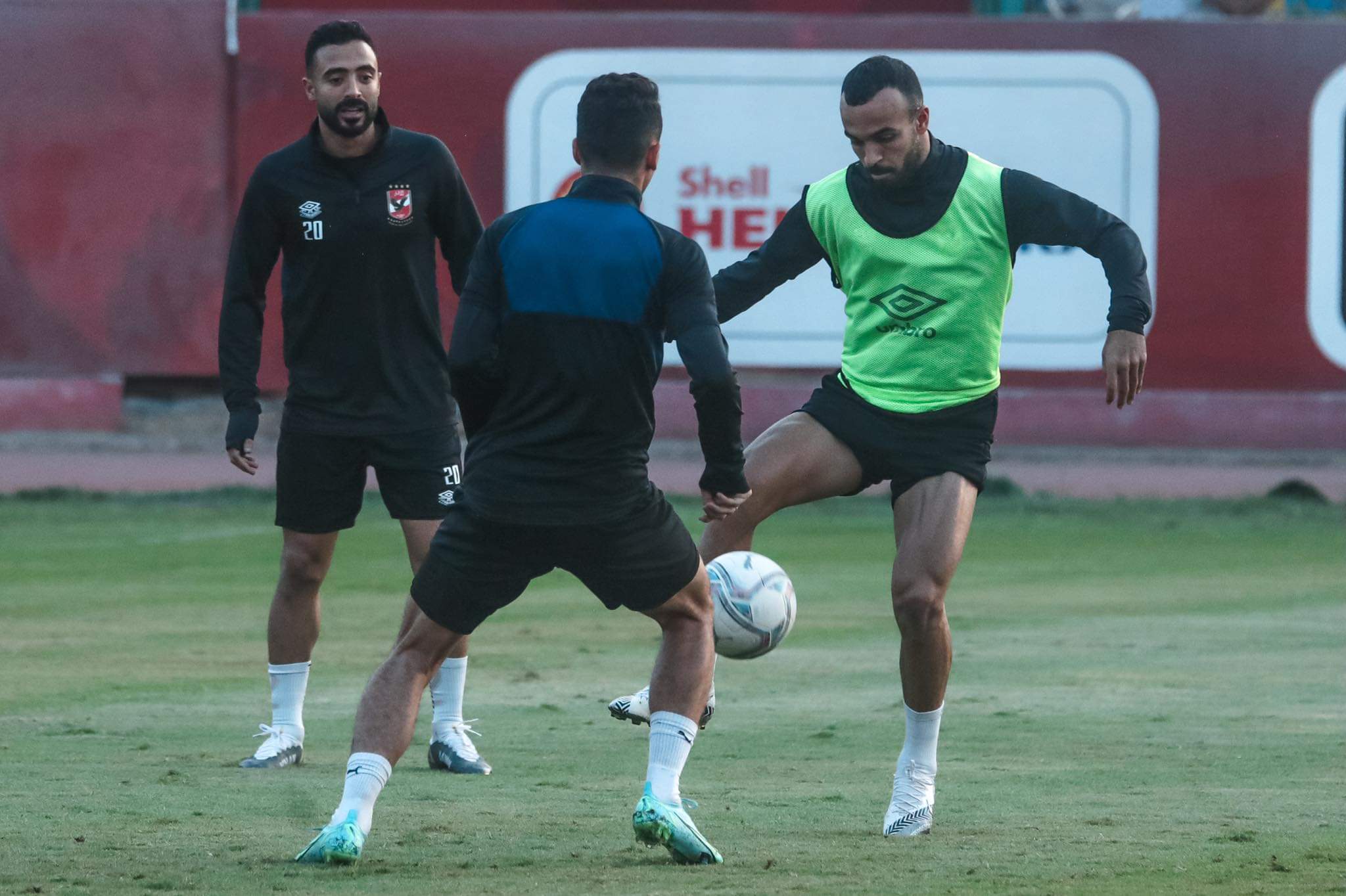 Al Ahly's football first team had an intense training match at the end of the team's session on El Tetsh Stadium on Thursday.

During the training game, Pitso Mosimane, Al Ahly head coach, stressed on several tactical points that he wants to be implemented against USGN.

The Red Eagles continued their preparations on Thursday for our encounter against USGN of Niger in the second leg of the CAF Champions League round of 32 on Saturday.