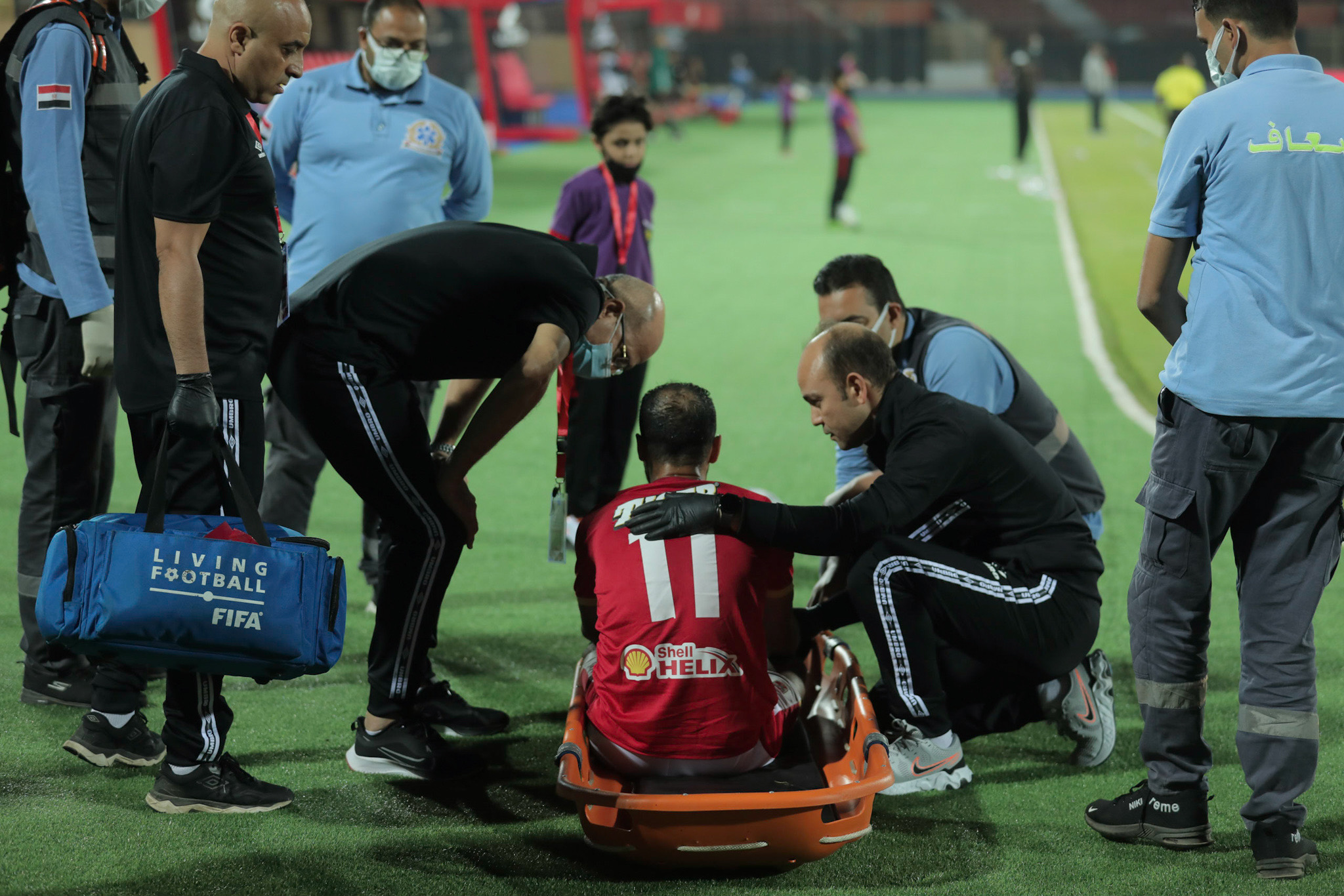 Walid Soliman, Al Ahly winger, left the hospital on Sunday morning after staying under observation over the past night due to suffering a head injury.

Dr. Abu Abla added that Soliman’s condition is stable and that he will undergo a medical test on Monday to determine when he will rejoin the team’s full training.

Our veteran was injured  during our 6-1 victory over Niger’s USGN in the second leg of the CAF Champions League round of 32.

Soliman was  then forced to leave the game and be transferred to the hospital to undergo several medical check-ups which later confirmed that he is fine.