Mosimane: Happy to Have El Shenawy and Tau Back 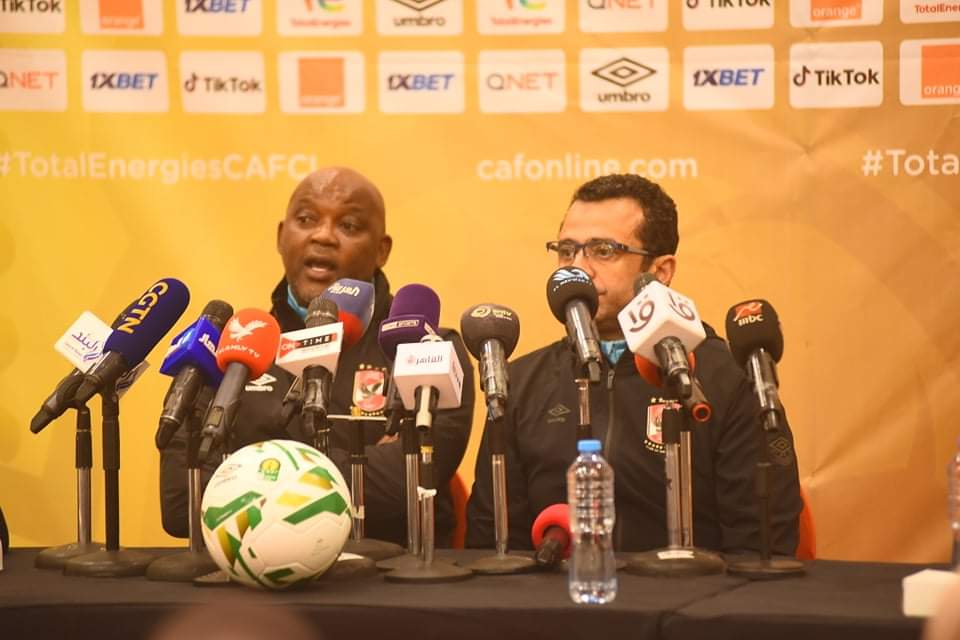 Pitso Mosimane spoke on Friday to the press ahead of the team's game on Saturday against Mamelodi Sundowns in the CAF Champions League group stage.

Mosimane discussed the difficulty of facing a strong team like Sundowns and the importance of having Mohamed El Shenawy and Percy Tau back after long injuries.

Asked about the similarities between his Mamelodi Sundowns' team and the current team, Mosimane said "They are not the same teams. Different philosophy and different kind of football. We saw the match they played against Al Merrikh; they still play good football and smart football. They have improved after signing very good players. They are now a much stronger team."

On the return of El Shenawy and Tau, the coach commented, "I am very happy to have El Shenawy and Tau back to the team. Tau is not fully fit but he can play for a few minutes. We missed more than seven starters and now I have two players back."