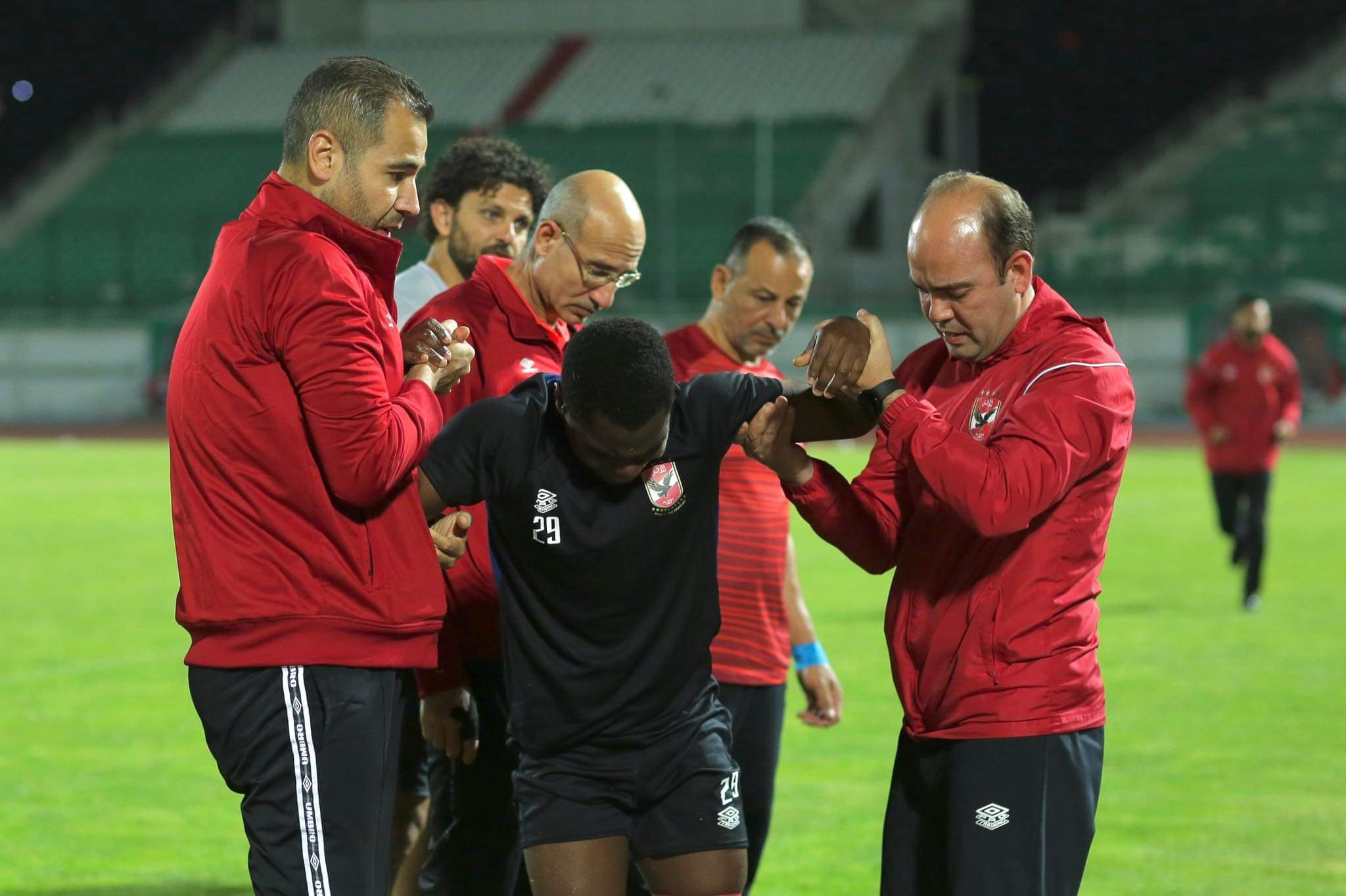 Ahmed Abu Abla, the team’s doctor, announced that the medical scans which Luis Miqquisone underwent revealed that the player suffers from a sprain in the inner ligament of the knee.

Miquissone, Al Ahly’s attacking midfielder, picked up an injury while participating in the team’s training session on Thursday at Mustapha Tchaker Stadium.

The Red Eagles are currently preparing to face ES Setif of Algeria on Saturday in the second leg of the CAF Champions League semi-finals after defeating the Algerian side 4-0 in Cairo.