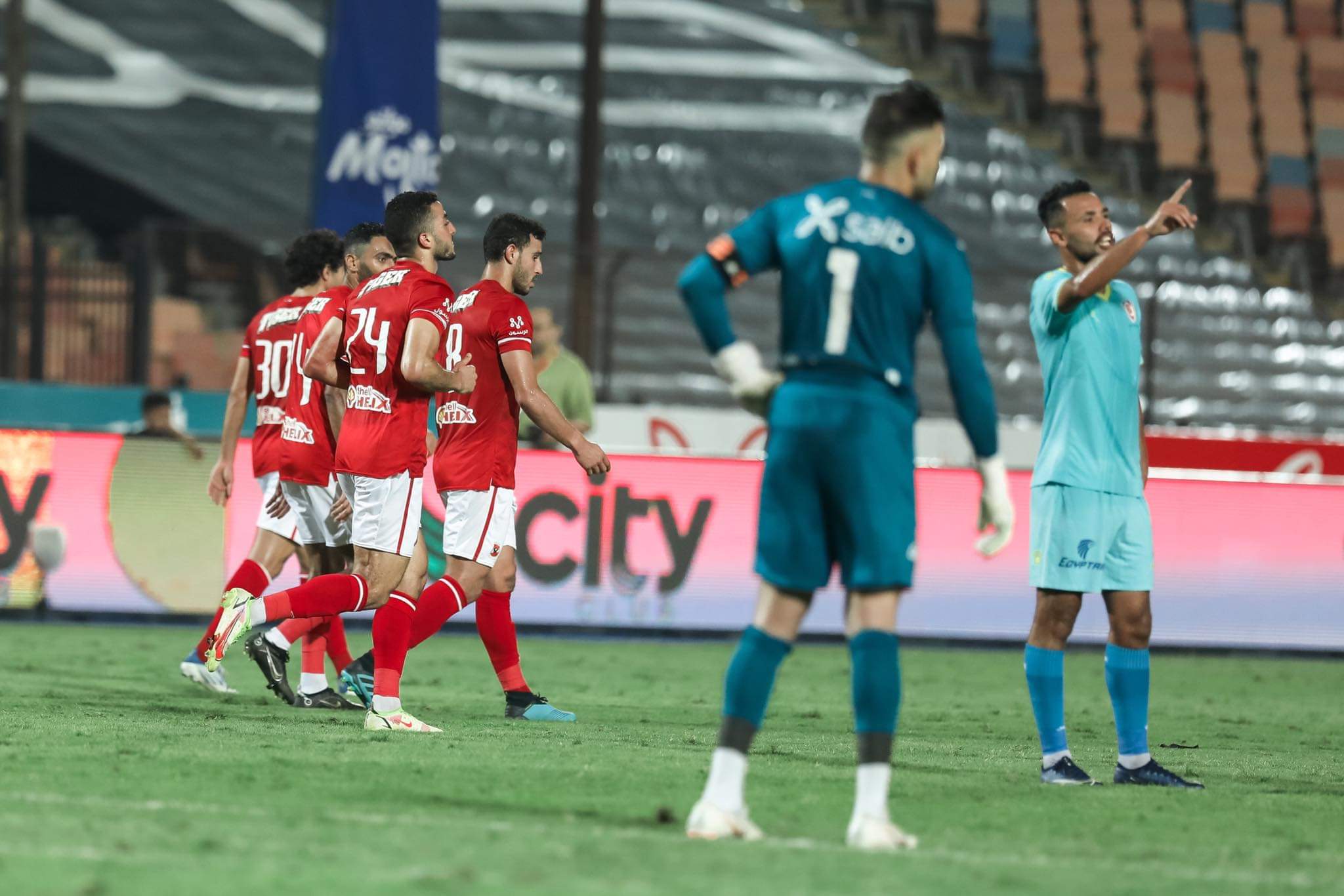 The era of Ricardo Soares started on Saturday night with a victory over Petrojet in the 2021 Egyptian Cup semi-finals and our team managed to book their place in the final.

Two goals from Mohamed Magdy Afsha and Mohamed Abdelmonem sealed an important victory for the Red Eagles and we will face Zamalek in the competition's final.

For the first time, Ricardo Soares was in the dugout as Al Ahly head coach and our players celebrated the arrival of the new coach with a strong start to the game.

Mohamed Magdy Afsha needed just eight minutes to open the score when he received the ball inside the box and curled the ball into the top corner.

Minutes before half-time, Mohamed El Shenawy was needed to save a penalty from Petrojet's player Mostafa Elgamal to send his team to the interval with a 1-0 lead.

The two teams just continued to trade blows in the opening minutes of the second half, with Taher finding the back of the net but his goal was denied for offside.

Soares made two changes to boost the attacking power with Hossam Hassan and Salah Mohsen replacing Sherif and Taher.

Hossam was close to scoring only seconds after his arrival to the game when he received the ball inside the box and escaped the defender marking him but his shot was blocked and went to a corner kick.

A trademark cross from Ali Maaloul found a sensational header from Mohamed Abdelmonem who found the back of the net to make the score 2-0.

Al Ahly were then dealt a blow when Yasser Ibrahim fell to the turf and was unable to continue to be replaced by Ayman Ashraf.

Al Ahly players controlled the tempo of the game in the final moments and Soares made two more substitutions as Walid Soliman and Aliou Dieng replaced Afsha and Handy Fathy.

The Red Eagles marched into the Cup final and they are one step away from defending their title.