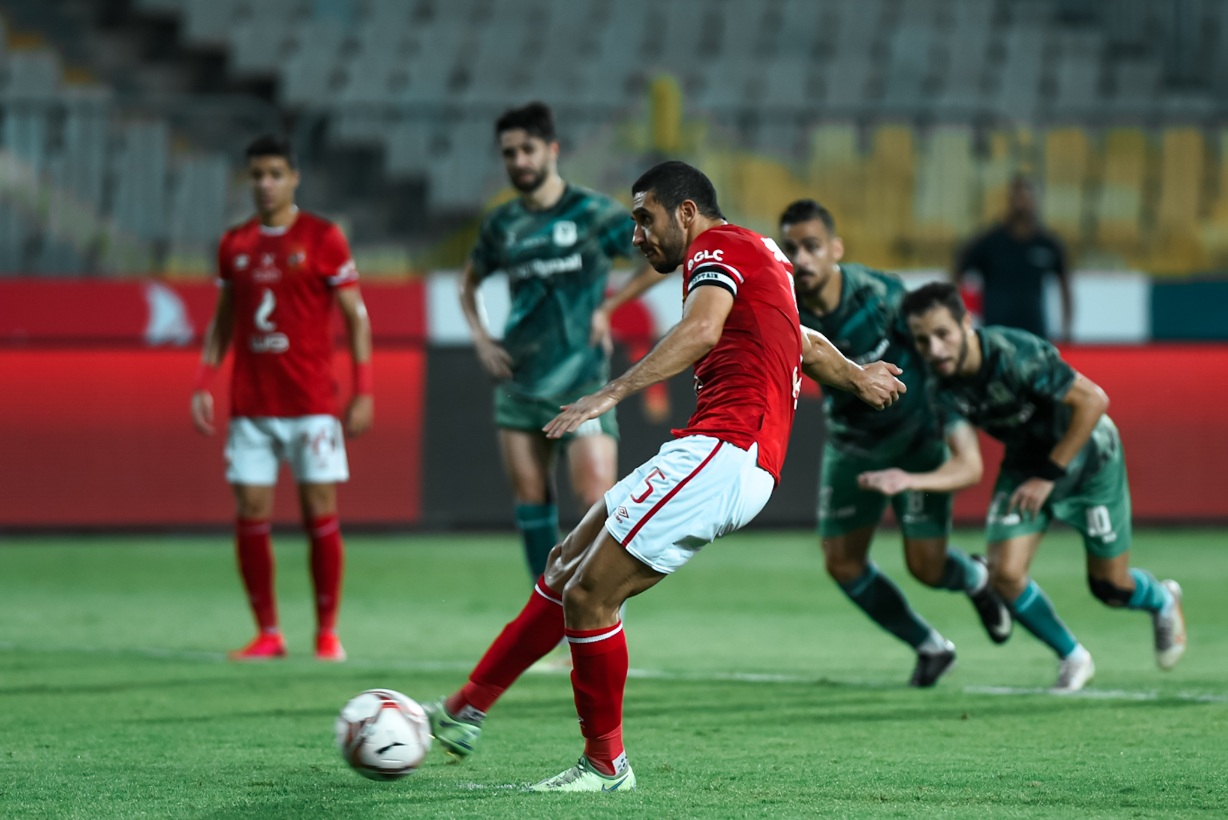 After a goalless draw until the last 15 minutes, Al Ahly players managed to score two goals to finish the day victorious.

We had a slow start to the game and our first dangerous chance came after 28 minutes when Salah Mohsen went one against one with the goalkeeper but his shot was blocked.

Percy Tau tried to find the net on two occasions but his efforts did not find the target.

In the second half, there was no big change on the pitch until the coach made three substitutions as Ziad Tarek, Karim Fouad and Hossam Hassan joined the game.

Mohamed Hany continued the game as a left back after Mohamed Ashraf was substituted.

Ramy Rabia converted the penalty to give us a 1-0 lead.

Hossam killed off the game with a sensational finish after a perfect counter attack.

Mohamed Mahmoud passed the ball to Hossam and with a beautiful first touch he gave the ball to Hany, who gave it back to him and he was in the perfect position to score the goal.

The Red Eagles made two visits to Alexandria this week and managed to add six points to our tally in the league.