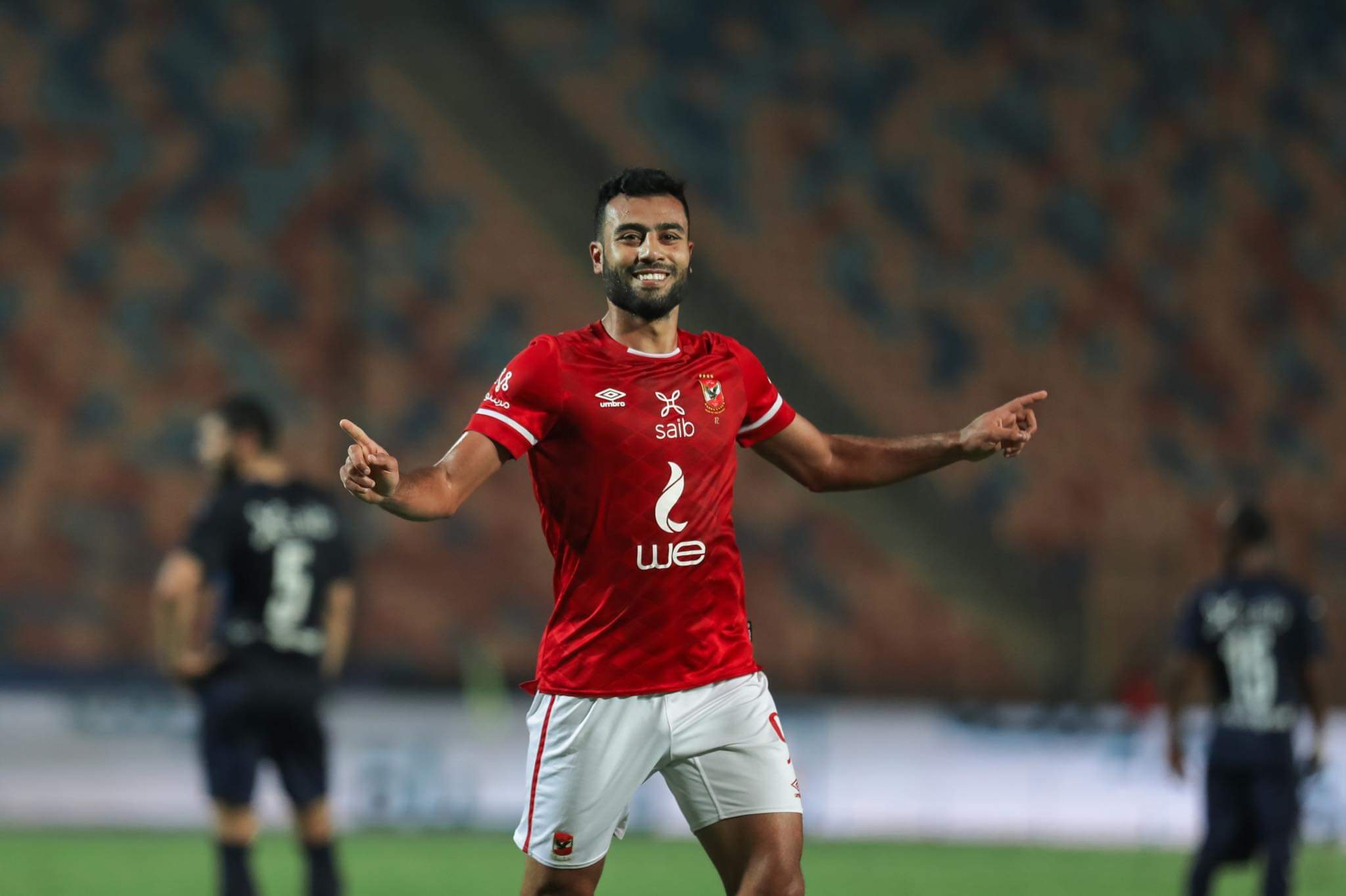 Al Ahly’s football first team qualified for the semi-finals of the 2020-2021 Egyptian Cup after defeating Pyramids F.C. 2-1 in the quarter-finals of the competition.

The Reds secured a spot in the semis after defeating Pyramids at Cairo International Stadium on Sunday, thanks to the goals of Taher Mohamed Taher and Hossam Hassan.

Pyramids F.C. tried to score an opening goal in the first 15 minutes of the game; however, the Reds stood their ground.

It was not until the 18th minute when we managed to score the opening goal in the game. Afsha sent a brilliant cross from a corner to Taher, who lobbed the ball into the net with his brilliant header.

Following the goal, Pyramids upped their pressure but once again the Reds were able to deny all their chances.

In the final minutes of the first half, the Eagles tried to double the score but we were not able to convert our chances into the net.

The second half started with a substitution from Sami Komsan, as Salah Mohsen entered instead of Mahmoud Wahid.

In the 51st minute of the game, Sherif had a clear chance to double the score but he preferred to pass the ball instead of shooting it into the net.

Sami Komsan used his bench again in the 72nd minute when Hossam Hassan entered the game instead of Mohamed Sherif.

Hossam Hassan didn’t wait for long to impact the game, as he was able to double the lead for the Reds after receiving a brilliant ground pass from Afsha. Hassan received the ball and shot it straight into the net.

In the 94th minute of the game, Komsan used his bench for the last time, as he brought Walid Soliman instead of Mohamed Magdy Afsha into the match.

In the dying seconds of the game, Ramadan Sobhy was able to reduce the gap after scoring the first goal for Pyramids in the game from the penalty spot.

The referee then blew his full-time whistle to send the Reds to the semi-finals of the Egyptian Cup.