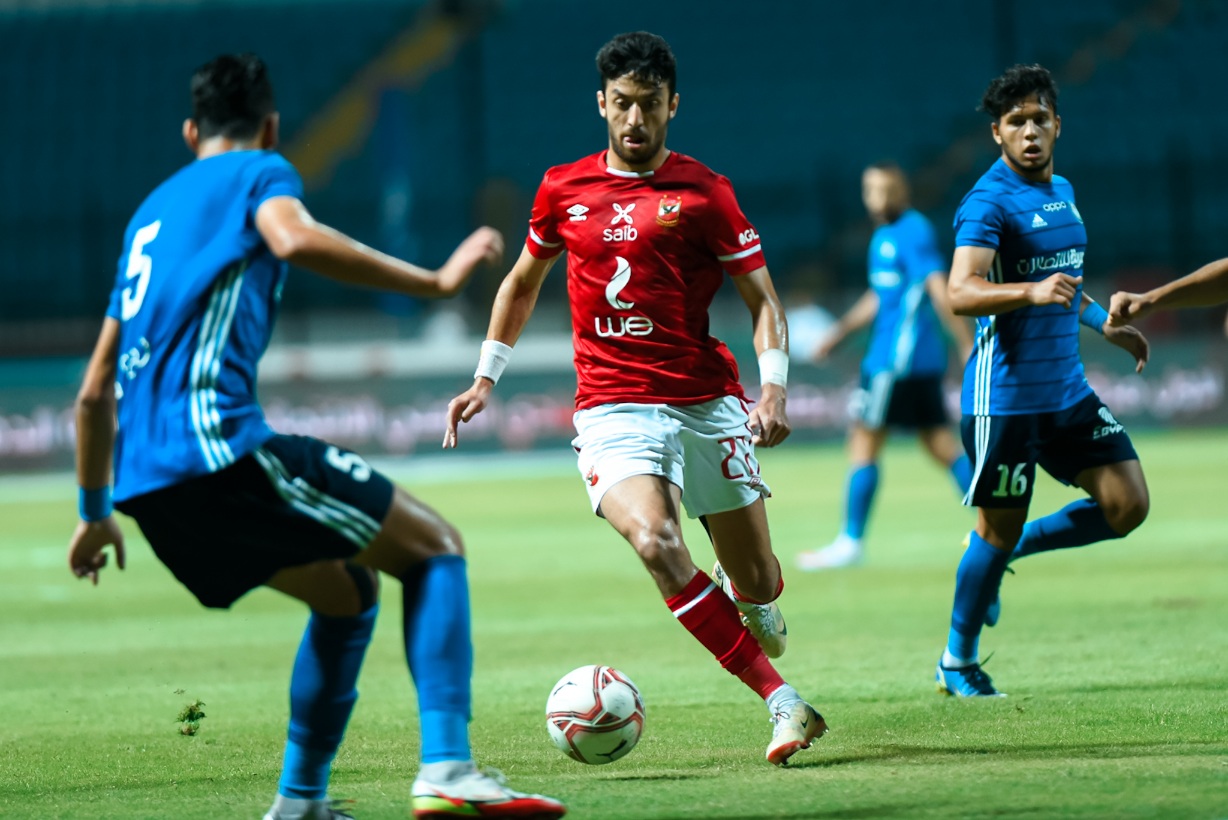 The Red Eagles tried to equalize the score in the final minutes of the game, but they were unlucky to convert our chances into the net.

The Red Eagles didn’t wait for long to create their first clear chance in the game.

In the 6th minute, Taher sent a brilliant pass to Hany, who sent a ground pass to Sherif. Not thinking twice, Sherif shot the ball from the first time but it went over the bar.

In the 17th minute, Sherif sent an amazing ground cross to Salah Mohsen, who wasn’t able to tap the ball into the net.

We came close to equalizing the score five minutes later with another chance from Sherif, but his shot went to next to the post.

In the 45th minute, Abdelkabir El Ouady doubled the score for the hosts.

Sami Komsan used his bench at the start of the second half, when he replaced Ramy Rabia with Hussein El Shahat.

In the 94th minute, Hassan scored our second goal in the game after receiving a cross from Walid Soliman.