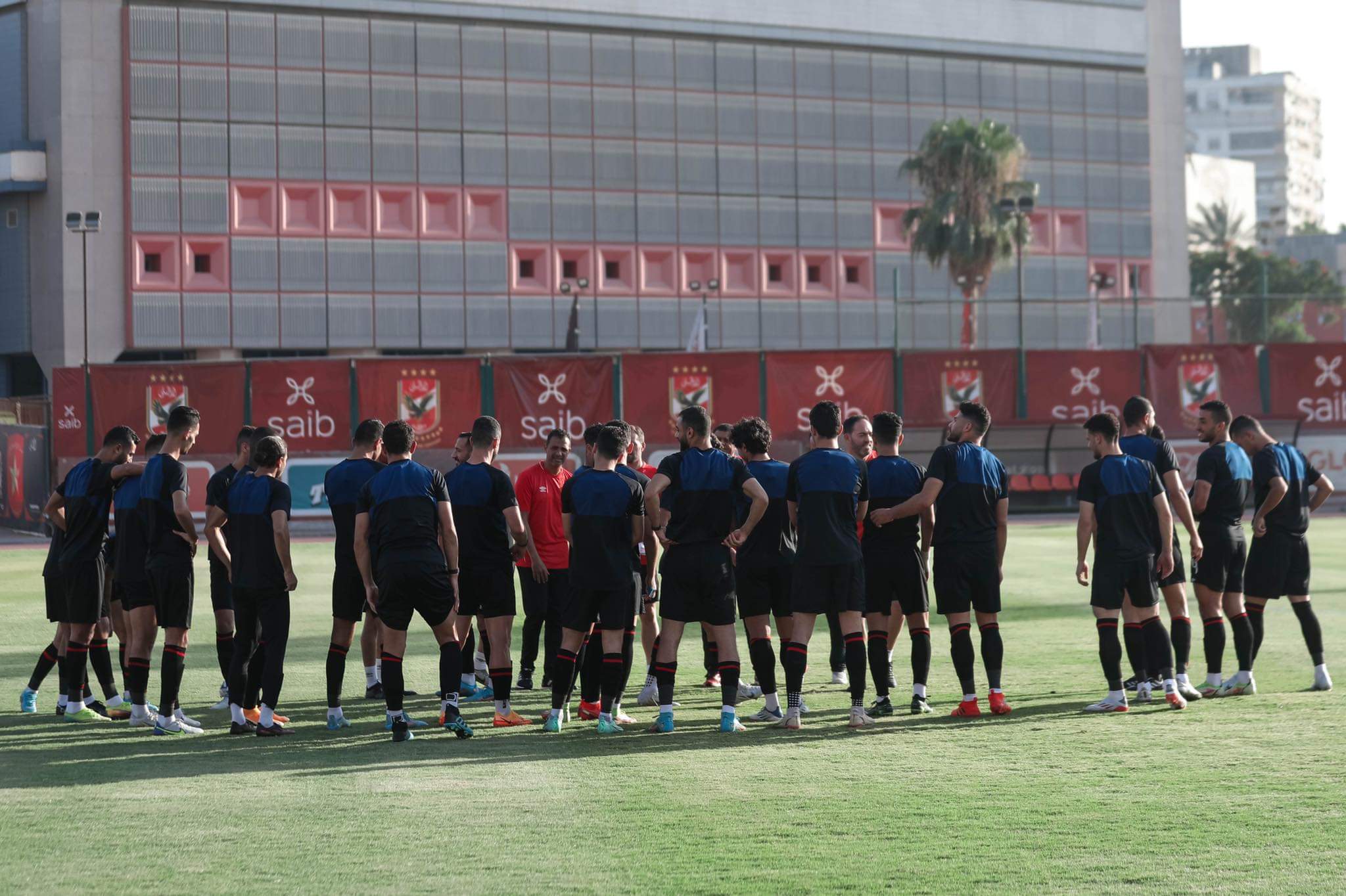 Al Ahly’s football first team concluded their preparations on Friday at El Tetsh Stadium for our game against Petrojet in the semi-finals of the Egyptian Cup.

Before the beginning of the session, Soares held a meeting with his players as part of the team’s preparations for Saturday’s game.

Our players then performed several fitness drills at the start of the session before engaging in several tactical exercises.

While, our goalkeepers had an intense session on the sidelines of the team’s training.

The Red Eagles will face Petrojet in the semi-finals of the Egyptian Cup on Saturday  night at Cairo International Stadium.