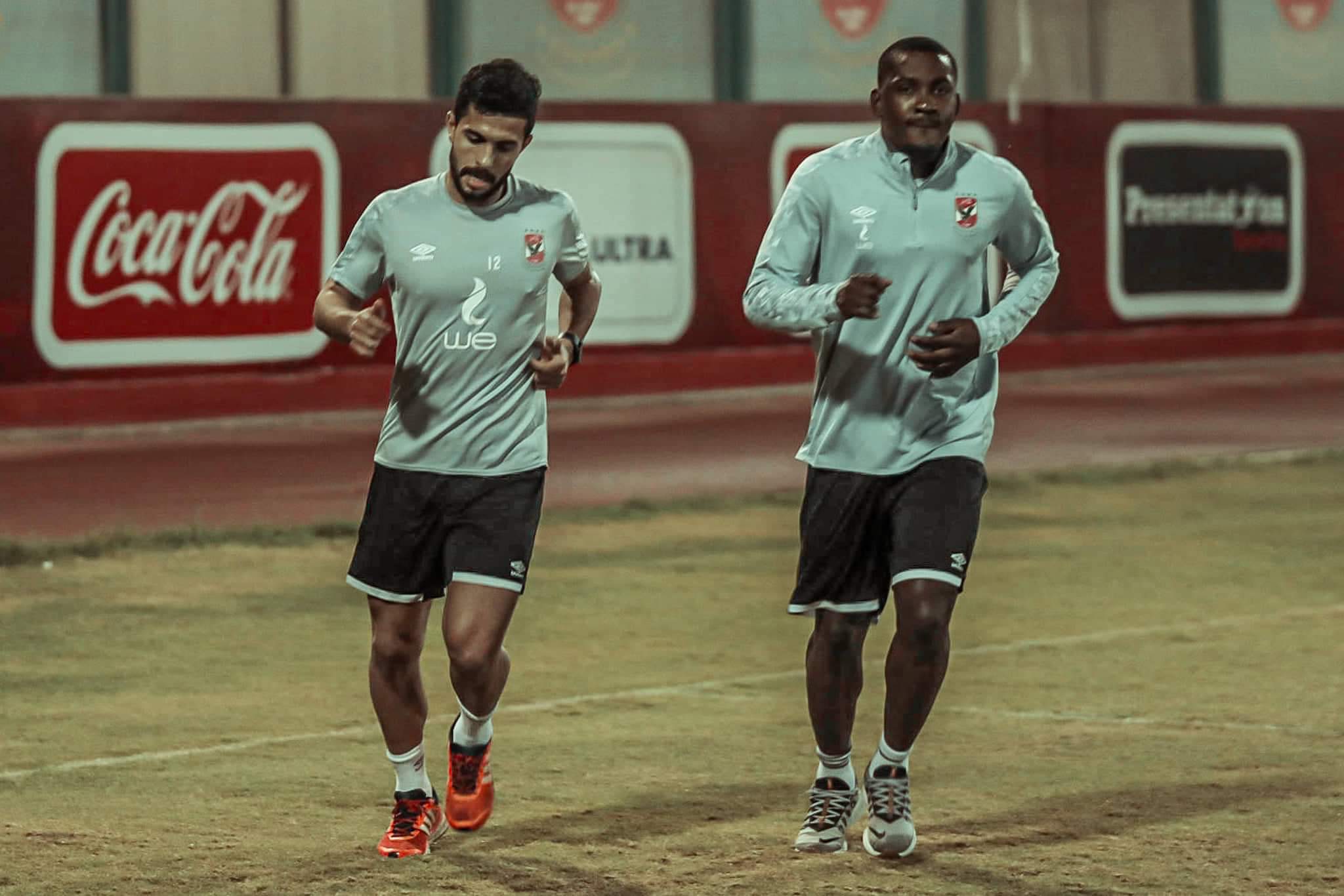 Juniro Ajayi and Ayman Asharf, our players, have continued their recovery programs on the sidelines of Sunday’s training session at El Tetsh Stadium.

Ajayi and Ashraf have performed some running drills away from the players as part of their rehabilitation programs.

They are currently performing the final phase of their recovery programs, in order to return to the team.

On a similar note, the Red Eagles resumed their full training session today after having a 24-hour rest, as we are currently preparing to face Ghazl El Mahalla on Monday in Matchday 19 of the Egyptian Premier League.