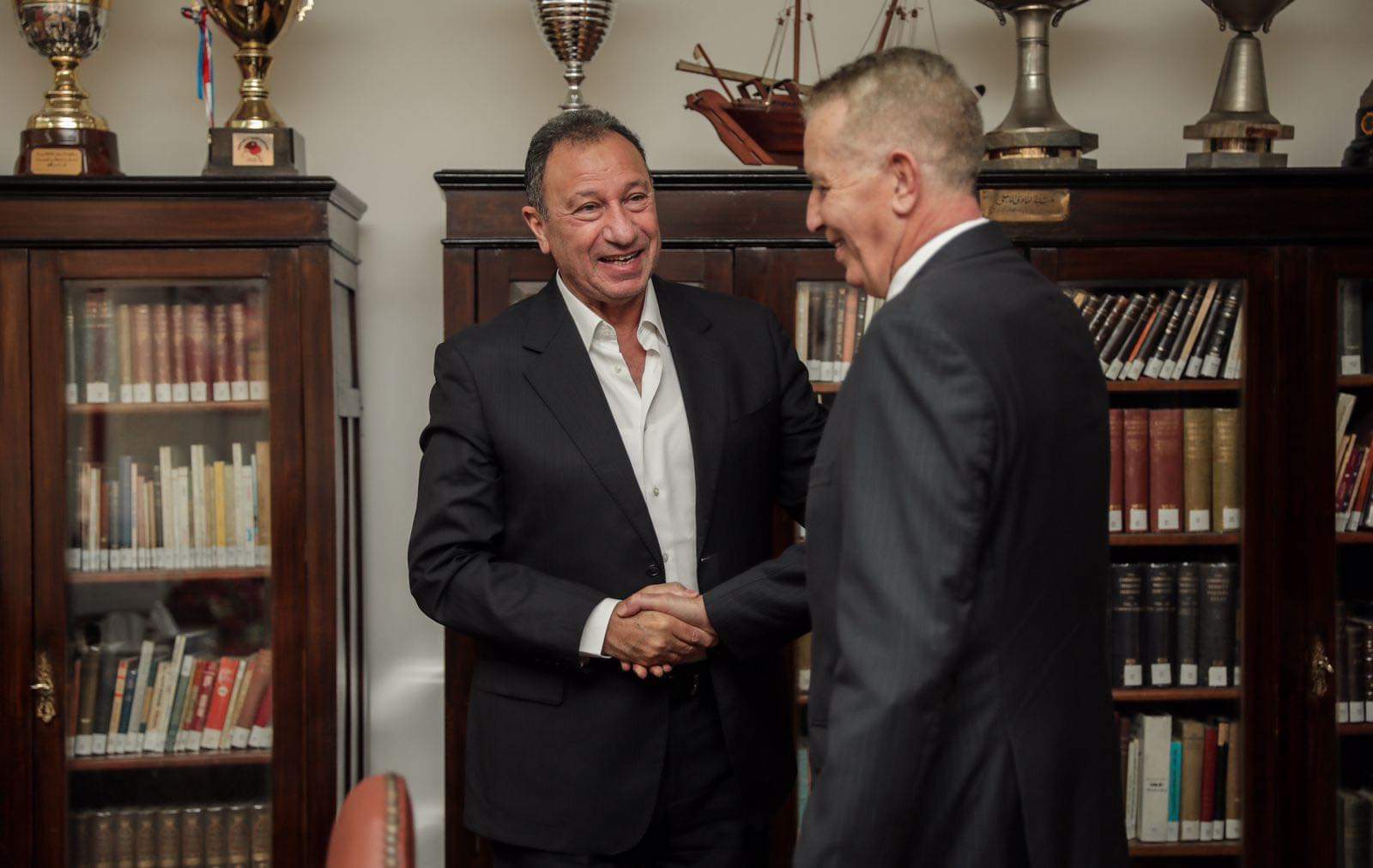 El Khatib welcomed ES Setif President, then they made a tour inside the club and visited the club's trophies cabinet, El Tetsh Stadium, and the Martyrs Memorial.

Afterwards, they held a meeting to discuss the possible ways for future cooperation between the two clubs.

Additionally, El Khatib gifted Serar the jersey of our captain Mohamed El Shenawy and the club's pennant and shield.

On a similar note, ES Setif president expressed his happiness to visit Al Ahly, which reflects the strong and historic relations between the two clubs.

"Al Ahly is the pride of the Arab nation. I have massive admiration for the club and its rich history,"

"My admiration for Al Ahly dates back to my days as a player at ES Setif. Some people questioned my comments after our match against Al Ahly in the CAF Champions League semi-finals this season when I said that Al Ahly is a big team and has a great value but that is the truth,"

"I was keen to visit the club to have more knowledge about the club and I was so happy to meet El Khatib to discuss the ways of future cooperation."