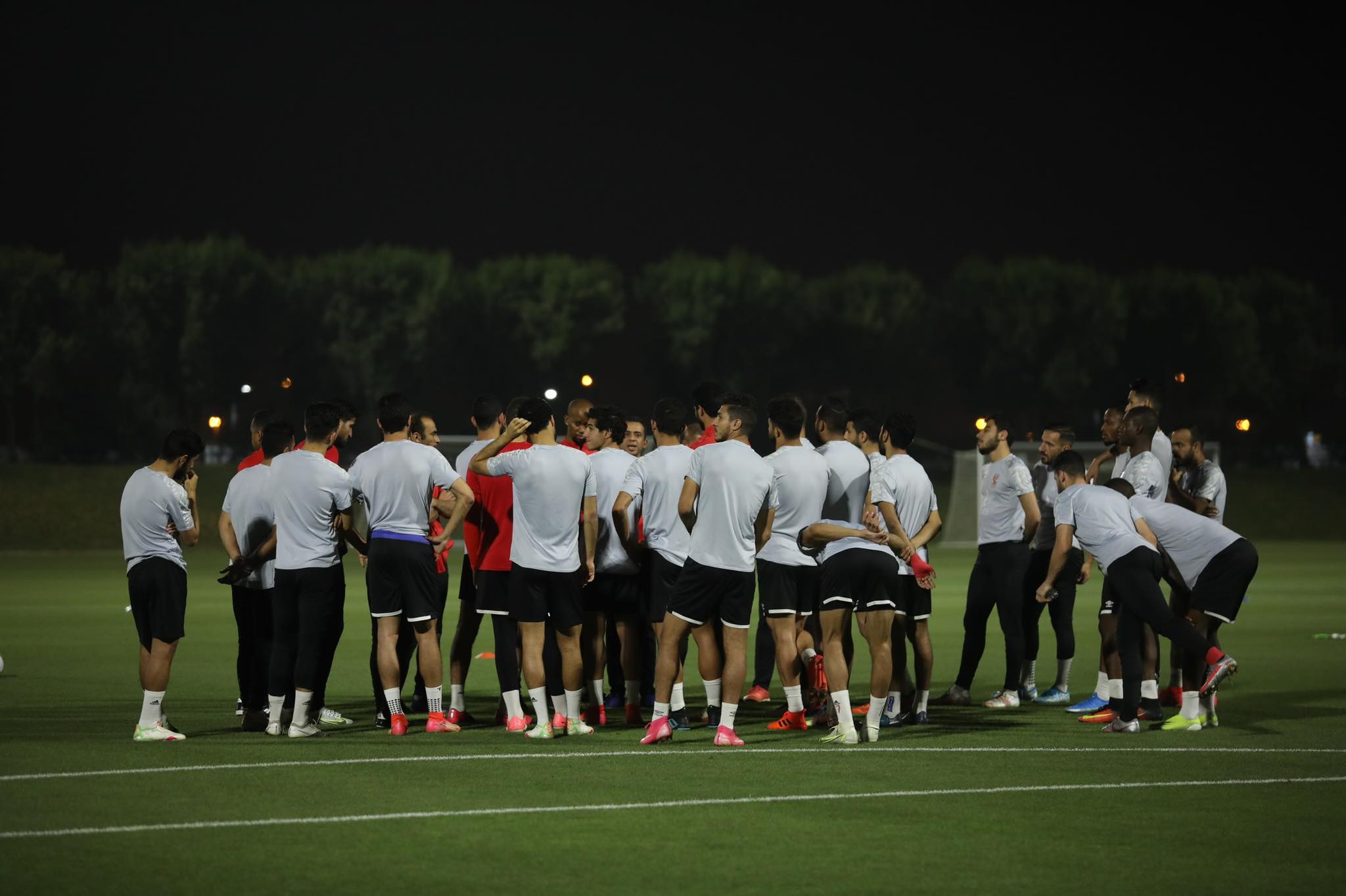 Pitso Mosimane, Al Ahly’s head coach, held a meeting with the players before the start of the team’s training session on Monday at Qatar University Stadium.

Mosimane called on the players to focus on the upcoming game against RS Berkane of Morocco in the CAF Super Cup, adding that the game is of great importance.

Our head coach gave a motivational talk to our players and told them that they have to do their best during the 90 minutes to win the title.